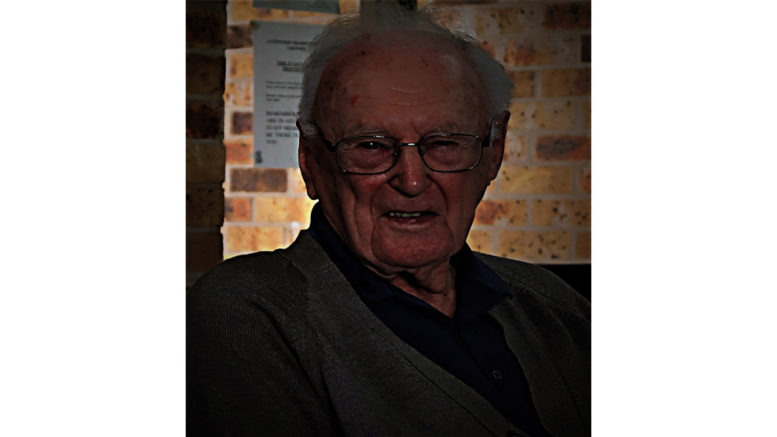 He joined the camera club at its first meeting on February 13, 1960, and went on to hold many positions within the club over many years as well as taking thousands of photos, perfecting the art of close-up photography of insects and flowers as one of his interests.

Vale also lectured and judged at other clubs and at national exhibitions.

In 1991, Vale was one of seven members of The Entrance Club invited to be part of an exhibition held in Russia, Australian Photographers in the USSR, as part of a Foreign Art Photography Festival.

He was awarded Life Membership of The Entrance Club in November 1976 and was recognised by The Australian Photographic Society with the AP-R Medal in 1991 and LAPS (Licentiate) in 1997.

Vale grew up at Mannering Park where his grandfather, James Vinrace Vale, had acquired 640 acres in 1911.

Street names in the area Spencer, Grace and Rupert, are named after him, his mum Grace, whose maiden name was Spencer, and his father Rupert.

Spencer was the oldest of three children and outlived his younger brother, John, who died in 2014 and his sister, Daphne, who died in May 2020.

The three siblings, who grew up playing on the shores of Lake Macquarie, all carried the middle name Vinrace.

The tradition has continued through the generations with many Vinrace Vales living on the Central Coast or elsewhere.

Spencer Vale started married life with Lola Robinson in 1950, living in Wyong, where he drove taxis.

In the early 1950s he and Lola moved to The Entrance and operated a small general store and then owned and operated Vales Photographics in the Banksia Arcade.

This would later become Long Jetty Photographics when in 1978 it was sold to David and Narelle Spratt, also members of the Camera Club.

May 2003 saw Spencer Vale, along with Ted Baker, Athol Blake and David Spratt, included on the Federation of Camera Club’s Roll Of Honour for their outstanding contribution and dedication to the photographic movement.

Vale joined other members and friends to celebrate the club’s 50th anniversary in 2009 and until 2014 he continued to attend annual presentation nights.

“Spen was a treasured mentor and friend, always willing to help others, especially with the sharing of his knowledge and expertise and giving freely of his time,” a club spokesperson said.

He is survived by his wife Lola, his son Peter and daughter in law Julie and grandsons Evan and Ben.