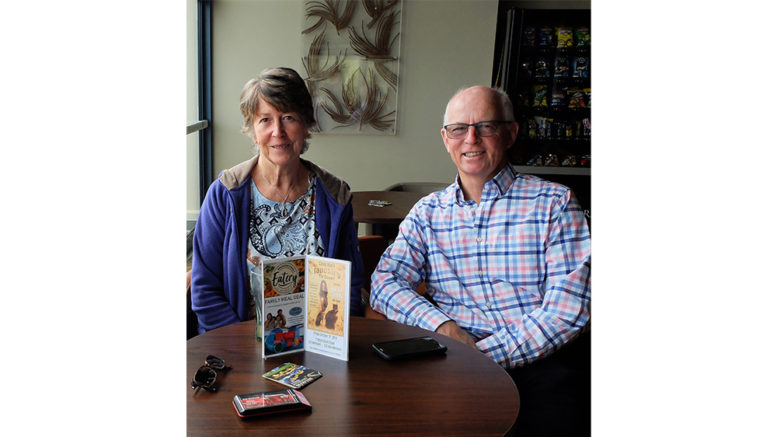 He was first diagnosed with idiopathic pulmonary fibrosis, which is a debilitating, progressive and incurable scarring on the lungs, in early 2019.

It has no known cause, but it is suspected that it may have been dust-related from mowing activities on his large acreage in Mangrove Mountain.

Stephen survived two earlier serious health issues, but sadly was not able to change the outcome of the IPF.

He was born in Hull, England, in 1946 and migrated with his parents and younger brother David to New Zealand when he was eight.

In 1971, he moved to Australia to pursue a PhD at La Trobe University in Melbourne.

He met and married his first wife Sandra there and they had two children, Nicholas and Alison.

Stephen developed a strong interest in politics and was also an active participant in harness racing for several years.

Much of his working life was spent in Gosford with the NSW Department of Primary Industries and its iterations, working as an entomologist in viticulture and later in protected cropping when western flower thrips arrived to devastate the industry in the early 1990s.

In 1993 he met and later married Marilyn Steiner, a Canadian entomologist researching natural enemies for thrips and other greenhouse pests.

As a team, they worked very closely with the protected cropping industry now represented by Protected Cropping Australia, and had many collaborations with overseas researchers, particularly those active in the International Organisation for Biological Control.

They were successful in the global commercialisation of two Australian natural enemies effective against thrips, through their long collaboration with Biological Services insectary in Loxton, SA.

In 1998, they bought a 9ha land parcel at Mangrove Mountain, developing an extensive garden.

On retiring in 2007, they became involved in two local garden clubs, Kulnura & District Garden Club and Matcham Garden Club, exhibiting plants from their garden and contributing to garden lore.

Stephen founded Plant Lovers Fair at Kariong in 2013 and ran it very successfully for three years until it was taken over.

In December 2020, he was awarded the Garden Clubs of Australia’s Ann Williams Clark Medallion for his contributions to gardening.

Opposing the Mangrove Mountain Landfill, which still threatens the Central Coast water supply, was next.

It was initially championed by the Community Environment Network.

The issue became an all-consuming passion and was strongly supported by the MDA.

It is still not resolved despite the landfill expansion being vehemently opposed by locals and the broader Central Coast for many years.

Goodwin was passionate about protecting the environment and doing the right thing by the community.

He had an innate grasp of political issues, was an excellent organiser and motivator, and worked tirelessly to achieve a just outcome.

He was instrumental in bringing the ABC Four Corners program to focus on the waste management industry.

With Gary Chestnut and Danny Wilmott, he and Marilyn collected and collated a vast amount of evidence concerning the inappropriateness of the Mangrove Mountain Landfill and presented it in two extensive submissions to the NSW Government in pursuit of an enquiry.

These submissions were ignored, but eventually after much lobbying received a hearing from the Central Coast Council.

The issue is still before the Land and Environment Court.

I am sure Stephen would have liked to acknowledge the encouragement and support of Jane Smith, John Asquith, Liesl Tesch, Penny Sharp, Mary Louise Vince, Jackie Pearson and Wolfgang Koerner, along with many local Mountain people.

As a result of Stephen’s rapidly declining health, he and Marilyn downsized to the Southern Highlands in September 2020 for better access to palliative care services, which they do not regret despite missing their many links to the Central Coast community.

Stephen will be much missed by his wife Marilyn, children Nicholas and Alison, and grandchildren Isabelle, Finn, Lachlan, Tye and Charlotte.

Donations to the Lung Foundation of Australia, which is researching treatments for this devastating disease, would be much appreciated.

Acting together to cool the planet