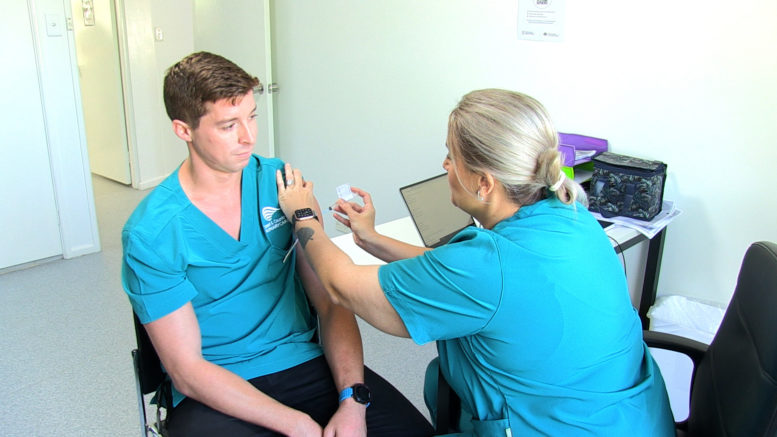 Photo taken prior to most recent mask-wearing mandate

There’s at least a month’s wait for the Pfizer COVID vaccine on the Central Coast for younger residents, with one of the main local clinics booked out until August.

COVID testing has increased dramatically since the lock down last Friday, with David McLeod from Central Coast Primary Care saying tests were up from 80 per day to over 500 at their specialist Erina testing clinic.

Dr Kat Taylor from Central Coast Local Health District praised the community over the weekend saying 867 people presented at their testing clinics at Wyong and Gosford.

The demand for vaccines has also increased, though there now appears to be a short supply of the Pfizer vaccine on the Central Coast.

In the latest public health advice, Pfizer is recommended for people between 18 and 59 years old, a cohort which represents around 166,000 residents of the Central Coast.

The Central Coast Primary Care clinic said waiting times for those wanting the Pfizer vaccine have now pushed out to approximately one month.

The announcement that under-60s can now discuss a request for the Astra Zeneca vaccine with their GP is expected to relieve some of the pressure.

The Federal Government’s recent announcement that aged care workers must be vaccinated by September however, is expected to increase demand significantly in the short term.