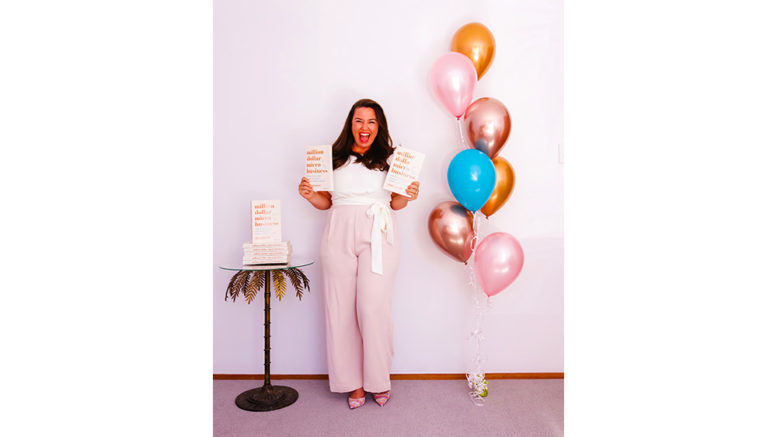 The book is a how to guide on how to turn your knowledge and experience into a highly profitable online course for millions around the world and was released on July 1.

Tower says that the book allows readers to discover what they know and what they can teach to others and integrate it into a digital business.

“We’ve had all kinds of microbusinesses start up, from accounting to coaching and even one on how to maintain your eyebrows, it’s such a nice variety of businesses packaging themselves for a digital platform,” Tower said.

The response to her book has also been strong, with her book climbing to the top of the business book charts within 72 hours of launching.

“The response has been amazing, I’m the only person that’s not an American man on the business bestsellers list, I feel like I’ve won in the big boy category.

“The book took me about a year to write, and there are success stories from people who have gone down the path of packaging their business such as Denise Duffield Thomas who runs Money Bootcamp in Newcastle.

“The book shows everyone that we can run million-dollar companies from our homes.

“We were planning a national book tour but thanks to Covid we’ve had to postpone it,” Tower said.

She was meant to be hosting a book launch event at Toowoon Bay Surf Club on July 23, which has now been pushed back until September.

Tower is an award winning serial entrepreneur who has founded, grown and sold several businesses and franchises such as Reach Education Centre, Begin Bright and Nikhedonia Productions.

She was awarded with the Telstra Young Businesswoman of the Year award in 2014 and has been named as one of the Top 10 Aussie Women to watch in business by Huffington Post.

She has also penned another book called, One Life – How to Have the Life of Your Dreams, released in 2019.