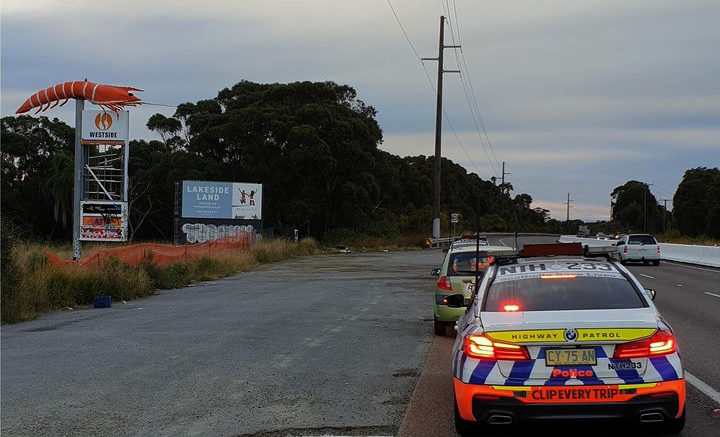 Highway Patrol Police have fined five people from Kanwal and one from Charmhaven for breaching public health orders.

Two men, one from Kanwal and the other from Charmhaven, were detected breaking lockdown rules while they were travelling on the New England Highway, south of Guyra on Sunday, July 18.

Police stopped the Mitsubishi Lancer and spoke to the 20-year-old driver and his passenger and discovered the two men were from a restricted zone.

The day before, on Saturday, July 17 at 10.30pm, officers attached to the Tuggerah Lakes Traffic and Highway Patrol Command stopped a Mitsubishi Mirage in the Kanwal area for mobile Random Breath Testing (RBT) and Random Drug Testing (RDT).

Police discovered they were not from the same residence or family, they were unable to provide a reasonable excuse to be away from their homes and were not wearing face coverings, as required by current Public Health Orders.

While the driver was being directed to undergo an RDT test, he attempted to start his vehicle and drive off, and Police took action to stop the vehicle.

Police allege the other occupants in the car started to become hostile towards Police and got out of the vehicle and attempted to run off.

More Police arrived on the scene to provide assistance.

The 26-year-old passenger in the vehicle was caught a short distance away and allegedly resisted and assaulted Police.

All four people from the vehicle were apprehended by Police and taken to Wyong Police Station where they were all fined $1,000 each plus $200 each for not wearing a face covering.

The 25-year-old passenger also received a Court Attendance Notice for resist and hinder Police to appear in Wyong Local Court.

The 26-year-old passenger was charged on a number of offences relating to resist and assault Police, malicious damage and fail to comply with Public Health Orders, second breach on consecutive days.

He was refused bail until his appearance in Wyong Local Court.

A 51-year-old Senior Constable received facial injuries during the incident.

Tuggerah Lakes Police say this is a timely reminder that they will continue to enforce the Public Health Orders and that people currently require a reasonable excuse to be absent from home.