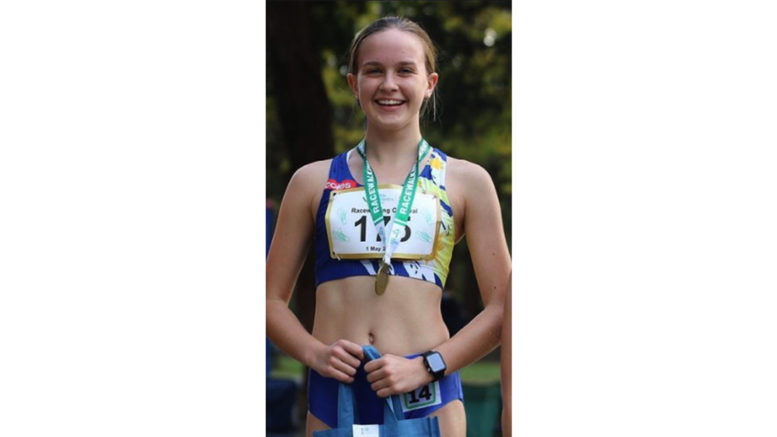 Terrigal High School student Sienna Pitcher is making great strides in the field of athletics, with a number of medals already under her belt.

The 13-year-old enjoyed a great six months of competition until the current lockdown put many events on hold.

Competing in the NSW All School Athletics event last December, she won the under 14 years 3km walk race, but did not compete at national level, with the Nationals cancelled.

Early this year she competed at the NSW Country Championships held at Mingara Recreation Centre, coming away with four medals; two in walking, one in the 1500m run and one in the 3km run.

Her next competition was the State Little A’s, where she won the State title in the 14 years 1500m walk in a personal best, competing for Gosford.

The result led to her selection in the Little A’s National camp, to be held on the Gold Coast in October.

At the NSW Junior Athletics Championships, she took out the 15 years 3km in another personal best.

This took her to the National Championships in April, where she competed for Mingara, coming away with gold in another personal best – her first National title.

Over the June long weekend, Sienna competed in her first Federation National Road Walk where she won the under 14 years 2km and the under 16 years 3km.

Her team also won gold in both these races.

Sienna made it through to the NSW All Schools Cross Country Championships, which has been postponed until later this year due to COVID-19 restrictions.

Sienna is part of a very successful walk training group coached by Frank Overton, which trains at Gosford’s Adcock Park.

Local artist is a finalist for the Young Archibald Prize