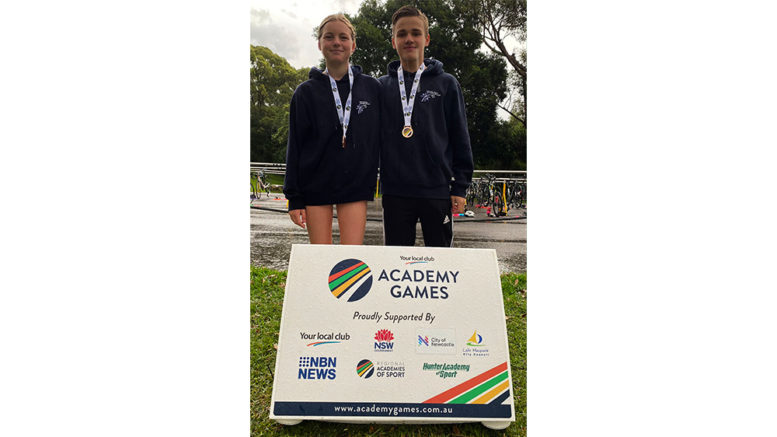 Two athletes from the Central Coast Academy of Sport have achieved podium positions in the Triathlon NSW Billigence Pathway Series (TBPS) held across the State recently.

Both Morgan Charlton and Wade Barr clinched bronze in the Series, which consisted of seven events at local affiliated triathlon clubs.

“In a challenging time when events had been cancelled, it was great to have these races, and at such a high level of competition it has even been better than previous years where you would have to travel interstate to have these opportunities,” Low-Hard said.

“All of the CCAS Triathlon Program athletes raced exceptionally well.

“Morgan Charlton and Wade Barr managed a third each in the overall series, a true testament to their training attitude and commitment to the program and their ability to recover and back up for the multiple events.”

The duo participated in enduro style racing, along with each of the three disciplines of triathlon as a stand-alone race.

A statement from the Central Coast Academy said it was a ‘great achievement and a testament to their hard work ethic as they travelled over NSW competing against the best triathletes in NSW.

“The formats were varied and required the athletes to think a lot more tactically than what they would normally in a more traditional triathlon format,” the statement said.

“Athletes needed to self manage to be able to keep performing at this level, with hydration, nutrition and recovery a major focus during these race weekends.”