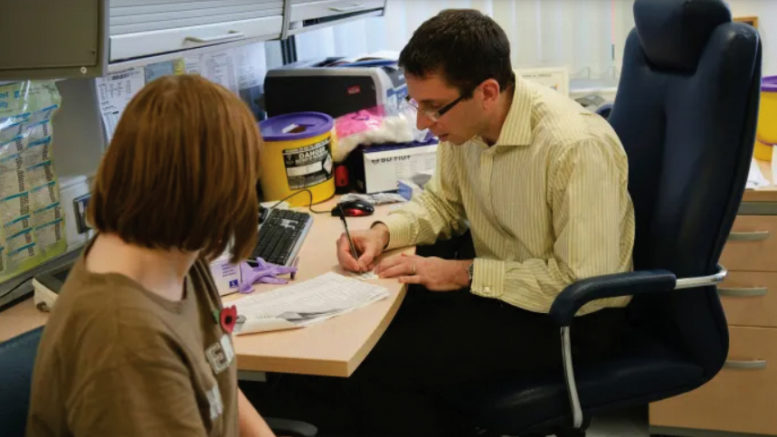 The Central Coast is the grip of an acute GP shortage and although some medical practices can now put on more doctors, the northern end of the Coast has been completely ignored, says Federal Member for Dobell, Emma McBride.

She said that after months of campaigning, medical practices in parts of the Coast would now be able to put more GPs on the books, thanks to a recent change in Distribution Priority Area (DPA) status.

McBride said that on July 1, Wyoming-Ourimbah was recognised as a DPA which should give locals in those areas access to more GPs and Medicare subsidies.

“Yet most of the region has been overlooked once again and the northern end of the Coast has been completely ignored and is still considered a non-DPA,” she said.

“We are in the midst of an acute shortage, described by local doctors as a crisis, with practices closing their books, they’re being forced to turn patients away and they’re being overwhelmed by lengthy cancellation lists.

“The decision to extend DPA status in Wyoming and Ourimbah is welcome but it’s long overdue and too many other people are being left behind by this Government,” McBride said.

She said the slight change in the DPA followed months of campaigning by McBride, alongside local GPs and the community, but it’s not good enough.

Close to 1,500 locals have already signed McBride’s petition calling on the Government to guarantee more GPs for the Coast.

“The Minister must make the Central Coast a DPA so local people can get the care they deserve,” she said.

In March, McBride wrote to Minister for Health, Greg Hunt, about the impact of large parts of the Central Coast not being classified as DPAs.

She said the reply from the Minister’s office stated: “Lake Haven and surrounding areas of the northern Central Coast are non-DPA because they have been assessed as receiving adequate GP services for the needs of the community”.

“So why did a senior GP with a large multi-site practice tell me recently that they turn away 200 patients a day between their four clinics because they can’t meet the demand?”

McBride said another practice in Wyong was forced to close its books following the retirement of a GP and had to inform patients that the GPs couldn’t take on any extra patients, therefore, unable to offer ongoing care.

“The shortage means some local GPs are working 10-hour days in their practices, only to follow up with shifts at the Bridges After Hours clinic in the grounds of Wyong hospital.

“I’m told sometimes they have to close their doors to patients at 8pm because they won’t be able to see them by the time they finish after 10pm.

“Patients then end up in the emergency department at Wyong Hospital, sometimes waiting for up to 12 hours, placing enormous strain on the hospital system.

“I call on the Health Minister to act in the interest of our community and make Central Coast an area of priority,” McBride said.