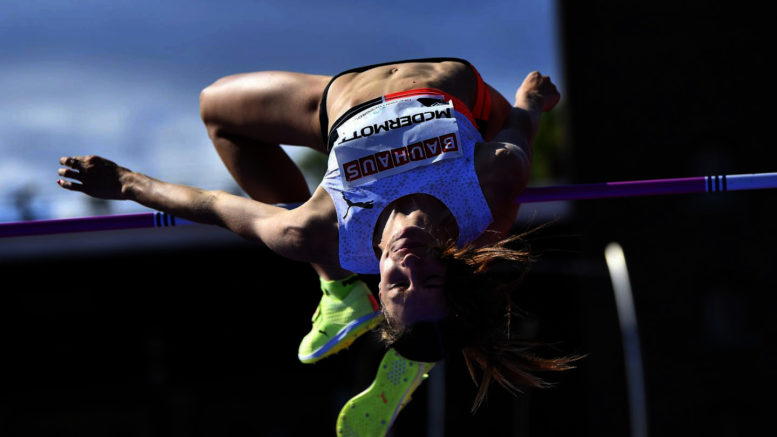 Nicola McDermott, has once again created athletics history, setting a new personal record at the Bauhaus-Galan in Stockholm on Sunday, July 4.

In a social media post on Monday, McDermott said she could not ‘thank everyone enough for helping this dream become a reality.’

The previous Australian Women’s High Jump Record stood for 27 years at 2.00 metres before McDermott cleared the height at the 2021 Australian Championships in April.

She has now broken that record twice in just 12 weeks.

McDermott went on to finish second after attempting 2.03 metres, with the result seeing her rank third in the world for 2021.

The record jump comes just weeks away from the biggest meet of her life, the Tokyo 2020 Olympic Games.

In an interview with CCN in May, McDermott said that she was focused on the Olympics but also on her journey after Tokyo.

“The thing that allows me to continue pushing to attempt not only national records, but hopefully one day, world records, is trying to get the podium not just the entry ticket,” McDermott said.

“I’m really passionate about the platform I get with athletics.

“For me, having a message that is bigger than any high jumper allows me to continually push myself to that next level.

“But now, I’m even more passionate because I know how to use the platform in order to give back.”

Fellow Australian, Eleanor Patterson, placed third in Sunday’s event at 1.96 metres, with Ukrainian, Yaroslava Mahuchikh, taking out gold in the event with a world leading jump of 2.03 metres on her second attempt.

Matildas to play USA for bronze

Over and out from Tokyo