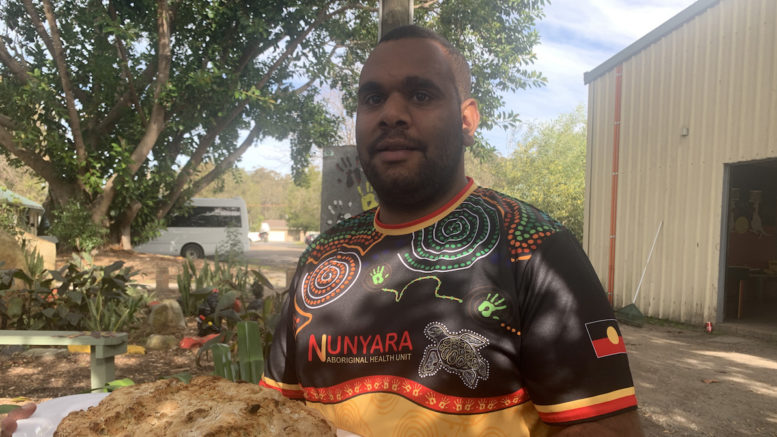 The Glenn has provided support to the community for almost 30 years.

The Glen Rehabilitation Centre at Chittaway Point has been changing the lives of many men for more than 27 years. During NAIDOC Week last week, we caught up with the ‘Glen Guys’ to see how they were celebrating during lockdown.

“NAIDOC Week is like a big celebration for me, it gives us a week to engage with the community and recognise the Indigenous people of the community and their achievements and resilience of what people have gone through to get us to where we are today,” said The Glen Community Engagement Officer, Ethan Mullholland.

“For me being indigenous, especially here at The Glen, it’s a privilege, because a lot of people have questions about Indigenous culture and to be able to answer some of them means a lot,” a current client said.

“NAIDOC is always about bringing people together, teaching the Aboriginal culture and breaking down racism and discrimination and making sure that everyone knows that Indigenous Australia has a history and so does white Australia,” said The Glen Operations Manager, Shane Knight.

The Glen was founded in 1994 by two Aboriginal men, Vincent Coyte and former parole officer, Cyril Hennessey.
“He was sick of seeing people going in and out of the justice system who weren’t bad people, they were just sick people, and he wanted to help people and so did Vincent, so they came together, and the rest is history,” said Mullholland.

The Central Coast Centre caters for Indigenous and non-indigenous men over the age of 18 and provides a culturally appropriate program.

“We don’t discriminate, we take anyone, it’s all about bringing people together, changing people’s behaviours and attitudes so they can live and be productive members of society and stop offending behaviours that send them back to the criminal justice system,” said Knight.

“In the three and a half years I’ve been here, I’ve seen it change hundreds of people’s lives and still does today,” said Mullholland.
“I believe what works is our holistic approach where we’re not just limited to what the program is, it’s more client focussed, being out in the community, painting up and dancing helps.”
“I was born in a city, and I didn’t have much to do with my Aboriginal culture, and since coming here, even the body ochre Wyoma, I knew nothing about any of that,” said another client.

“It’s just a thing inside that glows knowing that I’m now more in touch with my culture because of The Glen.
“I’ve been to a few rehabs, and I’ve been to some pretty expensive rehabs, and I honestly don’t believe there’s a better rehab with the way it’s run.”
An equivalent service, ‘The Glen for Women’, is currently being built at Wyong Creek.

“We get help to men, but the sad part for a lot of years is that we haven’t been able to help their partners, their sisters, their mothers and aunties,” said Knight.
“It’s been a journey, but now it’s in the works and hopefully next year it’ll be operational, and we can start helping women turn their lives around.”