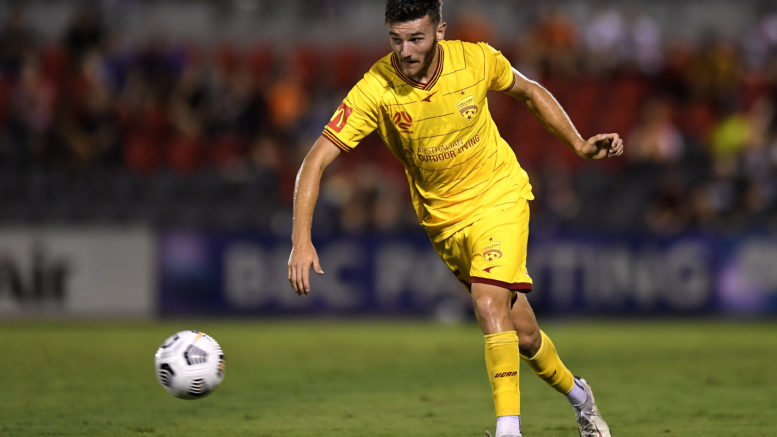 Müller joins the club after a stint with Western Sydney Wanderers where he made 37 appearances in two years, scoring seven A-League goals.

He primarily plays as an attacking midfielder but can also be deployed as a striker which will be of great advantage to Montgomery in his inaugural A-League season as Head Coach.

Before migrating to Australia in 2019, Müller played across Germany in the Bundesliga with clubs such as Eintracht Frankfurt, Mainz 05 and Hamburger SV, where he amassed more than 300 appearances, along with starts in the UEFA Europa League with Eintracht Frankfurt.

Ahead of meeting his new team-mates Müller spoke of the anticipation he has for the upcoming season.

“I can’t wait to start training with my new team and meet all the players, coaches and backroom staff,” he said.

“I am sure I can help the team with my past playing experience to help re-establish the success of last season.” Montgomery said he welcomed the addition of Müller’s experience to the Mariners squad.

“Not only does he bring experience to the squad, he’ll be a great mentor who will have a positive influence on our young players that we have coming through the ranks,” he said.

“After early discussions with Nicolai, I instantly knew he was a player I wanted to bring to the team with the quality he possesses.

“I am absolutely delighted that we can bring a player of his calibre on board, and I can’t wait to get Nicolai integrated into the squad, ready for preseason.”

“We have been looking for specific players to strengthen our squad, and Nicolai will hopefully provide creativity and experience,” he said.

“We believe Nicolai is a true professional and will be a great acquisition.”

The 33-year-old will be looking to make an instant impact for the yellow and navy, hopefully in the Round 32 FFA Cup match against Blacktown City, before the A-League season begins. The Mariners’ second signing, Noah Smith, is making the swap from Adelaide United following on from a highly successful breakthrough A-League season.

Smith made his A-League debut against the Mariners in 2020 and became a first-choice starter at the beginning of last season. The 20-year-old is a skilful left back and received praise from pundits following his performances under the tutelage of Carl Veart, for Adelaide United last season.

He joins the Mariners on a one-year deal and is keen to help improve on last season’s form under new boss, Nick Montgomery.

“I am really excited about joining the Mariners this year as they have a great culture and identity,” Smith said.

“I can’t wait to meet the boys and get stuck into preseason. Montgomery said Smith is a young player with a great personality.

“I think he was very good prior to injury at Adelaide, and I have no doubt that he will prove a very good signing for us” he said.

Head of Football, Ken Schembri, said he believed Smith would blend in well with current squad members and develop into one of the competition’s best left backs.