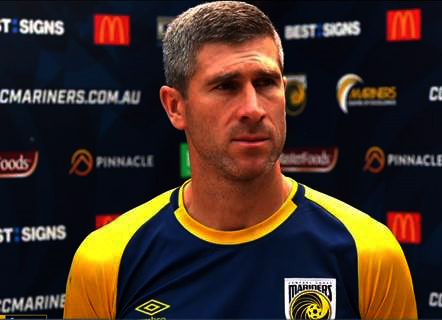 Two weeks after the departure of Alen Stajcic and Nahuel Arrarte from the roles of Head and Assistant Coaches of the Central Coast Mariners, Nick Montgomery has been appointed the new Head Coach.

The decision was to go internal for the low budget local club who bounded back into the top end of the A League this year and now look to maintain their form after suffering a number of early squad losses over the past fortnight.

Moving from Sheffield United, Montgomery played for the Mariners between 2012 and 2017.

Upon retiring, he stepped into the coaching fold.

The 39-year-old completed his UEFA Pro Licence coaching certificate during the Covid-19 lockdown and has spent the past two seasons as Head Coach of the Mariners NPL and Y-League sides, taking out the NPL2 Premiership/Championship double last season.

In his role with the Academy, Montgomery has also played an influential role in the development of some of the Mariners’ brightest young stars, including Alou Kuol, Matt Hatch, Dan Hall, Jordan Smylie and Max Balard.

Mariners’ owner, Mike Charlesworth, welcomed Montgomery to the role and offered strong support as planning begins for his first season in charge.

“I am delighted to announced that Nick has accepted the position of Head Coach for the next two years,” he said.

“Nick was an outstanding and loyal player for the club, and in recent times he has done a truly excellent job working within the Mariners’ Academy.

“It has always been the club’s overarching strategy to help develop young players and it is equally important that we create opportunities for inspiring, ambitious coaches to take the Mariners forward.

“Nick is the right man for the job given his intimate knowledge of our culture, ambitions and future direction.”

Head of Football, Ken Schembri, who has worked closely with Montgomery in the Academy space, welcomed the appointment after a process that saw a large number of applicants.

“His time as Academy Head Coach, combined with his extensive qualifications and experience as a professional footballer in Europe and Australia provide him with the tools to take the reins here.

“I look forward to working with Nick in building a competitive squad and to continue the club’s growth from this past season.”

Montgomery spoke fondly of the opportunity presented and said he was looking forward to getting started.

“I look forward to continuing my work with Ken and all the football staff in preparing a very competitive squad for next season.”