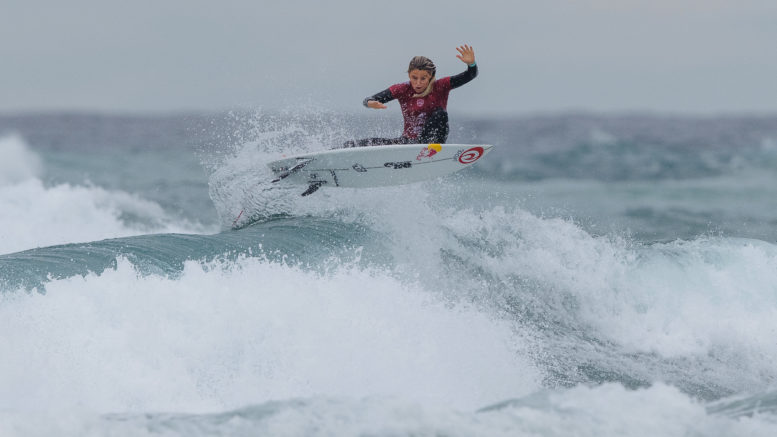 The World Surf League (WSL) has announced the Australian and New Zealand men and women qualifiers for the upcoming 2021 Challenger Series, with Shelly Beach rising star, Molly Picklum, being the first name on the list and the only one from the Central Coast

Ten men and eight women have made up the Aussie and Kiwi camp for the international surfing competition that will hold a condensed event itinerary throughout California, Portugal, France and Hawaii, between mid-September and early December.

The Challenger Series is the final competitive stage before reaching the world renowned Championship Tour and is the final chance to earn one of those highly sought after spots.

For Molly Picklum, this will be the highest level of competition she has so far faced, yet she goes into it with three qualifying series wins to her name in 2021 alone.

These include the Great Lakes, Central Coast and Oakberry Tweed Coast Pro events.

“I’m so excited to head off in September and begin my campaign to qualify for the Championships Tour.” Picklum said.

“I’ve had a great run of results already this season and feel like I’m continuing to build, so my confidence is where it needs to be when competing against all the best up and comers in the world.

“My dream is to be on the Championship Tour competing for world titles and the Challenger Series is the gateway, so I’m stoked for the opportunity.”

The opening event in the Challenger Series is scheduled for September 20 – 26 at Huntington Beach in California, with the MEO Pro Ericeira, Portugal to follow from October 2 – 10, the Quiksilver/ROXY Pro France from October 16 – 24, and finishing with the Haleiwa Challenger in Hawaii from November 25 – December 7.

“These four events will not only provide an enhanced showcase for the up and coming surfers, but they will also allow those who fail to re-qualify through the Championship Tour the opportunity to perform well and re-qualify for the 2022 Championship Tour.”

Government has committed to a target for social and affordable dwellings

Submission questions whether restricted funds need to be paid back