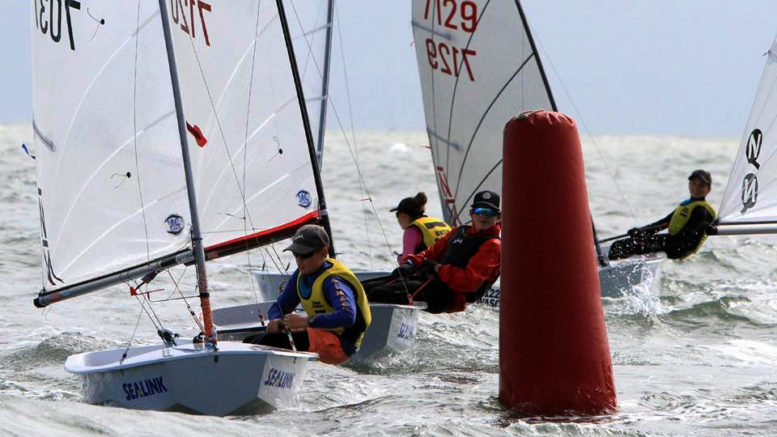 The six-day sailing competition is usually held over the new year but was postponed for six months due to the COVID 19 outbreak last year.

Miles, 13, went into the competition as favourite after winning the NSW State Title two years running and coming second at the 56th Sabot Nationals in Vaucluse, Sydney.

The young sportsman has been sailing at inter-club level for seven years after watching his sister sail since he was just two years old. Mum Meicha Greenwood said competing in the event involved a 21-hour car ride each way for the family.

“We saw many different types of statues including the Big Banana, the Big Pineapple, the Big Mango and the Golden Guitar,” she said.

“It was hard to tell if the nationals were going to be on or not.

“The organizers had to squeeze one-week nationals into a two-day national event to enable the 38 sailors in Townsville to compete.

“Unfortunately, 19 people could not make it into the nationals, not able to fly because of the extended COVID restrictions in Sydney. The conditions were very light in the four days of training. Greenwood said, and this made Miles nervous for the nationals.

“Day after day (it) started to get windier; this was very good and when nationals started the wind was great but not perfect because it was very shifty”.

“On the last day, the weather was good and windy, the type of conditions Miles and the more experienced kids like sailing in.

The Lionel Shipway medal is awarded every year and recognizes sailors who have competed in six sabot nationals and/or sabot week regattas. It acknowledges the efforts of sailors who consistently compete and apply themselves in sabot sailing, irrespective (of) where they finish.

“This year was the sixth nationals for Miles and two other competitors.

“Of the eight national races, Miles received five first places, two fourths and one third, (making him the winner of) the Sealink 57th Sabot Nationals.”

Miles will now decide if he will return to defend his title at the Lake Macquarie City Council 58th Sabot Nationals in December to be held at Teralba Amateur Sailing Club on Lake Macquarie.