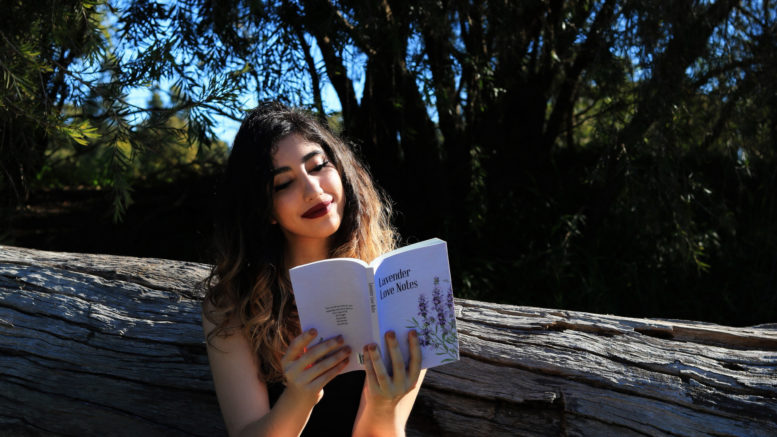 Local poet Samira Vivette has decided to donate $1 from every copy of her latest book sold to the Black Dog Institute.

Vivette said she wanted to raise awareness for mental health, as well as advocating the work of a well-respected non-for-profit organisation, the Black Dog Institute.

The Black Dog Institute is a medical research institute that specialises in mental health research, treatment programs and awareness, through an online-only fundraiser.

Vivette said she is passionate about helping and inspiring those going through tough times with her words and upcoming fundraising efforts.

She said her second volume of poetry, called ‘Lavender Love Notes’, was “a feel-good read” which she described as a “beacon of hope”.

“The four chapters undergo the process of loving yourself while you struggle, grieve, learn and believe,” Vivette said.

“I wrote this book in the midst of the pandemic,” she said.

“It’s a relaxing read with the purpose of soothing someone’s soul during each stage of life.

“I really wanted to create a collection that was only filled with gentle affirmations, quotes, and thoughts because sometimes you just need that – a pick-me-up; and that’s how this book came into fruition.”

The official fundraiser is called ‘Words by Samira for Mental Health’.

During July $1 from every sale of the book, “Lavender Love Notes” will be going directly to the Black Dog Institute.

“Not only do I believe my words will help many find a sense of peace, in these times more than ever, but also raising money for an organisation that provides much-needed value and support to the community is incredibly rewarding and in line with my values, and I’m happy to play my part in that.”

According to The National Survey of Mental Health and Wellbeing conducted in 2007, nearly one in two Australians between the ages of 16-85 have experienced a mental disorder during their lifetime.

More recent statistics indicate the pandemic has caused a drastic spike in those suffering with mental health concerns with calls to help services alone having increased by 22 per cent according to the Beyond Blue website.