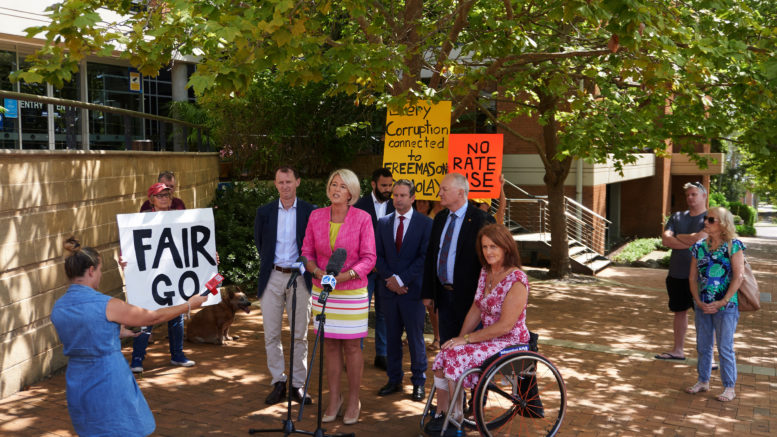 Central Coast Labor MPs say they will not lend support to a huge rate increase, despite a plea from Administrator. Rik Hart, for the help of all local politicians.

They have come out in support of the approach taken by the Independent Pricing and Regulatory Tribunal (IPART), the independent umpire, regarding rate increases on the Central Coast.

The stance by the Labor MPs – David Harris (Wyong), Yasmin Catley (Swansea), David Mehan (The Entrance) and Liesl Tesch (Gosford) – is in response to a call from the Administrator to all local politicians to stand up as community leaders and support Council’s push for the 15 percent rate increase to be permanent.

They said they were happy to meet with Administrator, Rik Hart, but would not lend support to a huge rate increase.

Hart said he needed the leaders to help explain to the community why the 15 percent rate rise needed to stay long term.

Central Coast Council put a submission to IPART earlier this year for a Special Variation of 15 percent which was opposed by ratepayers.

IPART assessed this submission and made a detailed response which granted a 15 percent rise for three years.

In its determination IPART stated: “We estimate that over the three years from 2021-22 to 2023-24, the Council will collect an additional $70.2M in rates revenue compared with an increase limited to the assumed rate peg.

“This extra income will enable the council to repay its first 3 years of loan repayments.

“It will also allow the Council sufficient time to adequately implement, execute and quantify its efficiency and productivity goals whilst responding to recent structural changes,” the IPART statement said.

IPART noted there would be a Public Inquiry into the Council, and councillors have been suspended for the duration of the Public Inquiry.

The Labor MPs, David Harris, Yasmin Catley, David Mehan and Leisl Tesch said that more importantly, IPART echoed the general mistrust that the community had for Council’s chequered financial history and put them on notice to demonstrate actual improvement.

IPART said: “While in the past, the Council has not adequately demonstrated sufficient effort in identifying and realising cost savings, this three year temporary Special Variation (rate rise) approval gives it sufficient time to show progress, address findings from the Public Inquiry, if any, and prepare and apply to IPART for an SV in the future if required”.

Central Coast Labor MPs said they were happy to meet with the Administrator, Rik Hart, but they would not lend support to a huge rate increase.

“We have called on the NSW Government to extend repayments of restricted funds, to pay for the full cost associated with amalgamation and to end cost shifting more and more on to ratepayers,” said Shadow Minister for Central Coast and Wyong MP, David Harris.

“Council has three years to demonstrate that it has its financial house in order and that should include assistance from the NSW Government whose merger policy has added to the woes of ratepayers.

“We are yet to receive a detailed briefing from Council to justify a further rate rise,” Harris said.