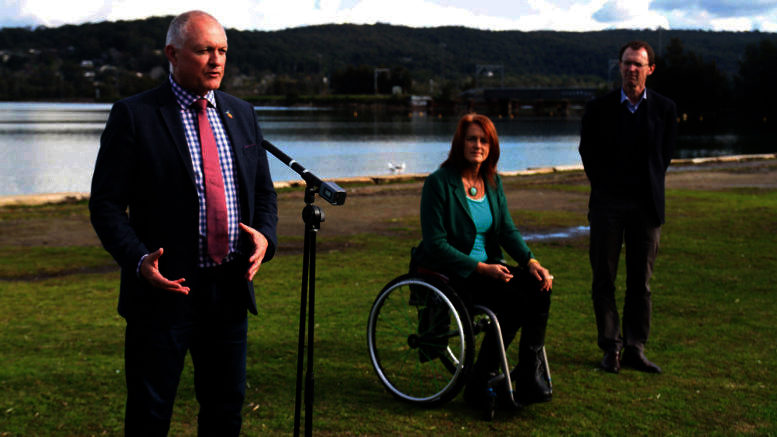 Labor MPs on the Central Coast are calling for a mass COVID-19 vaccination centre to be established in the region.

State MPs David Harris (Wyong), Liesl Tesch (Gosford), and David Mehan (The Entrance), along with Federal Member for Dobell, Emma McBride, and State Member for Swansea, Yasmin Catley, met recently with members of the Central Coast GP Alliance Working Group to discuss the rollout of vaccinations in the region.

“Whilst local GPs are offering vaccinations, waiting lists are already long and the rollout of the Pfizer vaccine will further add to the delay,” the MPs said in a joint statement.

“GPs are still coping with their normal duties of seeing patients as well as now doing vaccinations.

“If we are to ensure our population is vaccinated to a high level, like the Hunter and Illawarra, the Central Coast should have a mass vaccination hub.

“The government needs to address this issue to protect the 345,000 plus residents of the Central Coast.”

Meanwhile Harris, who is also Shadow Minister for the Central Coast, is calling for the NSW Government to release the health advice which informed recent major lockdown decisions as he pushes for an early easing of restrictions on the Coast.

In an exclusive interview with Coast Community News, Harris said Shadow Health Minister, Ryan Park, was making the same request in relation to his own area in the Illawarra.

“We heard, during the Premier’s press conference (on July 19), there was a split in the Cabinet in regards to shutting down the construction industry,” Harris said.

“We strongly feel we should maybe take the same pathway as Victoria where there was a staggered shutdown so sites could have 50 or 25 per cent of workers still working to make sure that the industry could continue.

“If you are making these really important decisions that affect the community you should be publicly releasing the associated information.

“People are really confused that there seem to be different standards not just across Sydney but throughout the state.

“None of us want a situation where someone comes to the Coast and there is a seeding event and it takes off.

“But at the same time, we ask the Government to be reasonable and transparent.”

Harris said people needed to be confident that hard measures were being taken for the right reasons.

But Parliamentary Secretary for the Central Coast, Adam Crouch, said medical advice to the Premier is not confidential but gets publicly released daily.

Region at start of roadmap to freedom