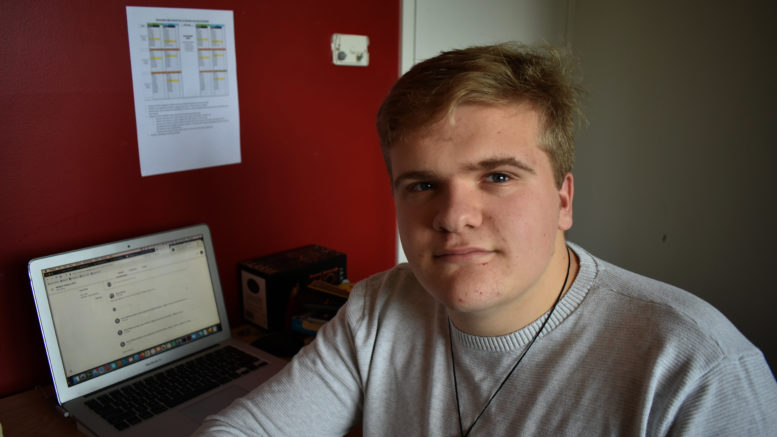 As the region’s Year 12 students anxiously await news on when face to face learning will resume at Central Coast schools, news of changes to the HSC timetable has been gratefully received.

The NSW Education Standards Authority (NESA) COVID-19 Response Committee announced on July 23 that written HSC exams have been pushed back a week and will now begin on October 19 with results to come out on December 17.

For HSC students, who have been working from home since Term 3 began on July 12, the extra week for preparation will be welcome. Zak McGowan, 18, of Kincumber, said the move would give him a little more time to study in what has been “not the most normal of years”.

The Kincumber high School student said studying from home since the beginning of term had presented challenges.

“On one hand, it has given me a lot more time to study with only a couple of weeks to go until the trials,” he said. “But it can be hard to function at home – there are plenty of things that can distract easily. “I find it’s hard to maintain efficiency when you’re in your comfort zone.”

McGowan said he felt “a little bit nervous but relatively prepared” for the exams and was hoping for a return to face to face learning soon.

“It will be worrisome to me if we have to do more time studying from home,” he said.

“It is also hard to maintain social balance.”

While keeping in touch with schoolwork regularly through internet channels, McGowan said catching up with friends was more difficult.

“I don’t have a lot of social media so am feeling a bit socially isolated,” he said.

“I understand sometimes freedoms need to be restricted but it’s hard when you’re constantly isolated from friends.”

Other HSC changes announced by NESA include extending the hand-in date for all major projects by two weeks (Industrial Technology by four weeks) and rescheduling Drama performance exams to run from September 6-17.

Music performance exams are to continue as scheduled, running from August 30-September 10. NESA Chair, Professor Peter Shergold, said students could still receive their results, ATAR and university offers this year despite written exams being delayed by a week.

“We know students want certainty about their exams; our priority is to limit disruption to HSC students,” he said.

“Our aim is to give students as much clarity as possible so they can focus on their studies, their goals and their personal wellbeing.

“We will outline a special illness and misadventure process and any other contingency arrangements needed to ensure equity and fairness for all students.”

CEO Paul Martin said the priority for NESA and the school sectors is providing considered advice to students that aligns with the health advice and is fair to the whole cohort.

“The changes to the exam timetables mean all students have some additional time to prepare for exams or complete their project,” he said.

“We learnt a lot about our processes in the HSC last year and I am confident that we can apply those lessons this year.”

Oral language exams have already been rescheduled to start on August 14. COVID safe exam practices will be employed, including minimising school groups mixing, mandatory masks for everyone except the student during the exam, and perspex screens in place at the oral language exams. “

Markers, many of whom are teachers, have an enormous undertaking ahead of them,” Martin said.