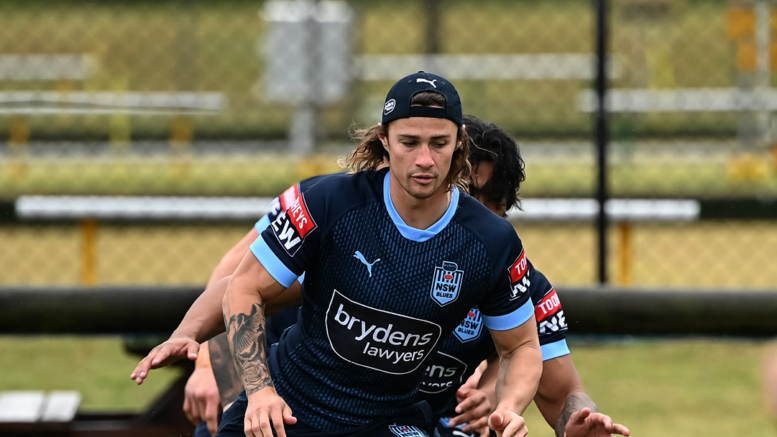 The Central Coast junior was named Brad Fitler’s 18th man ahead of Wednesday night’s State of Origin match on the Gold Coast.

While the 25-year-old didn’t get to run on, Hynes says he is grateful for the experience, after being caught off-guard when asked to join the squad.

“I was just sitting at home, me and my roommates at Melbourne,” recalled Hynes.

“I was watching TV and missed call from ‘Fitzy’ (Fitzgibbon) and I thought it might have been a discussion on next year.

“He said ‘What are you doing during the week?’, and I thought not much because of the restrictions at the moment. Then he said, ‘How would like to come in and join the Origin squad?’, and I didn’t believe it at first, but it turns out he was being pretty serious.

“I was very surprised but very happy and got to call my family, and they were very proud as well.”

Hynes will join Cronulla Sharks next season, after signing a three-year contract with the club.