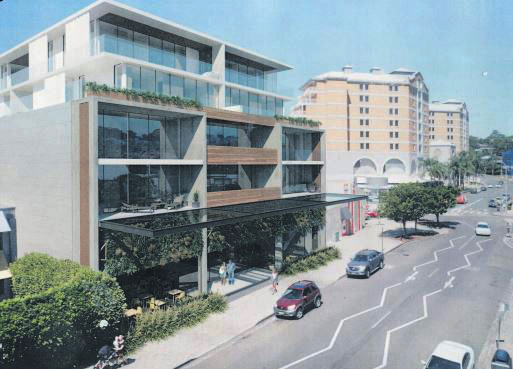 The Central Coast Local Planning Panel has unanimously rejected an application to add a sixth storey to a development already under construction at 5-7 Church St, Terrigal.

The developer, who has approval for commercial premises and shop top housing up to five storeys, had applied for approval to add a sixth storey for an extra penthouse unit and wider balconies on the floor below.

With 62 submissions of objection having been received earlier this year, the Planning Panel upheld a recommendation for refusal from Central Coast Council at its meeting on June 24.

The Panel said the proposed modification would significantly increase the height and floor space of the approved development and exceeded the development standards of Clause 4.3 and 4.4 of the Gosford Local Environmental Plan 2014.

It also found the suggested alteration did not comply with the objectives and development standards of various environmental planning and development control plans and would affect the views and amenity of neighbouring properties.

“The proposal is not satisfactory having regard to the relevant environmental planning instruments, plans and policies,” the Panel said.

“Approval of the proposal would set a precedent and compromise the achievement of the strategic planning objectives for the centre.”

A report from Council said the modification would result in a development inconsistent with that for a commercial/residential development in the location.

Community members listed a string of objections to the proposed amendment including traffic and parking concerns, the further creation of a wind tunnel along Church St and loss of sunlight, and an overdevelopment of the Terrigal town centre.

The site previously contained a public car parking area for about 32 cars.