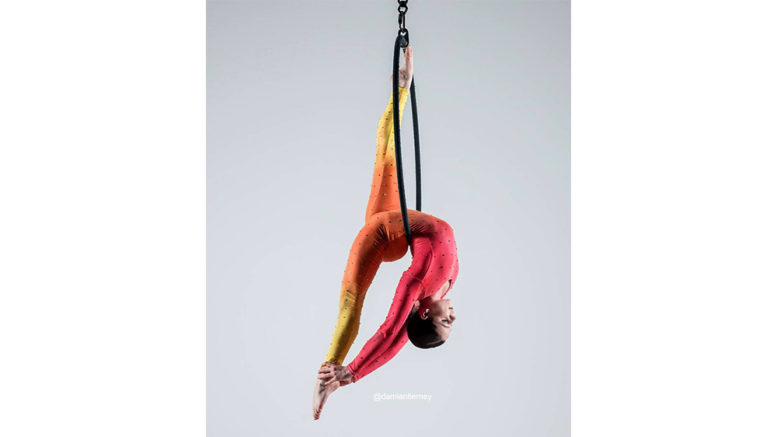 Tuggerah’s Emma Macpherson has been dancing across the globe, landing gigs both here and internationally.

Born and bred on the Central Coast, she said she has been training with The Lee Academy in Tuggerah since she was five.

“My mum entered me into the Lee Academy when I was five and I’d train there every day after school.

“In Year 11, I was on the show, Everybody Dance Now, and at the end of the year I left school to train full time in aerobatics, dance and adagio.

“I studied an Advanced Diploma of Dance and finished it in 2017, and I also studied a Diploma of Theatre Studies.

“I got my first international contract in 2018, where I was part of an event called, Halloween Horror 4, at Universal Studios in Singapore.

“I was lucky enough to book some events when I was studying such as the NSW Business Award Night, where I was an aerialist, and I’ve done several corporate events such as the Westpac CEO Awards Night and the Optus Christmas Party, and the Mini Launch for BMW.

“I even performed at the Porsche Panamera Launch in Singapore,” Macpherson said.

Some other corporate events that Macpherson has been a performer for include the CommBank CEO Awards Night, as well as the Lord Mayor’s Ball at the Sydney Opera House, and dancing adagio, which Macpherson describes as a partners aerial dance, for Universal Pictures.

“After finishing my studies, I auditioned for Cirque Du Soleil and then went to the Philippines, where I worked in a production called, World of Wonders, in a casino in Manilla.

“It was a really cool opportunity to work in the Philippines.

“When I returned to Australia, I was hired by Cirque Du Soleil where I performed on a cruise ship as a bungee dancer, and then I was promoted to Dance Captain, which was an amazing opportunity where I choreographed and organised the dancers.

“It was a big step up in responsibility, but I really enjoyed it.

“I loved my time working with Cirque Du Soleil, especially working on a cruise ship in the Mediterranean, I got to see a lot of Europe,” Macpherson said.

Due to COVID-19, Macpherson has returned to the Coast where she is now training and teaching where it all started at Lee Academy.

“I train five days a week there and I do a lot of my own training focusing on aerial hoop, hand balancing and I also do dance classes.

“At the moment I’m teaching there as well, and I’d love to go back to Cirque Du Soleil in the future.

“I’m happy to go anywhere, I really love everything I’ve done so far and I can’t wait to get back out there,” Macpherson said.

Other notable events that Macpherson has been featured in include the Christening of MSC Bellissima in Southhampton, UK, as well as the Marriot/Sheraton CEO Awards in Macau.

She was also a dancer at the opening of the Art House in Wyong, and a hand balance dancer for Nespresso.