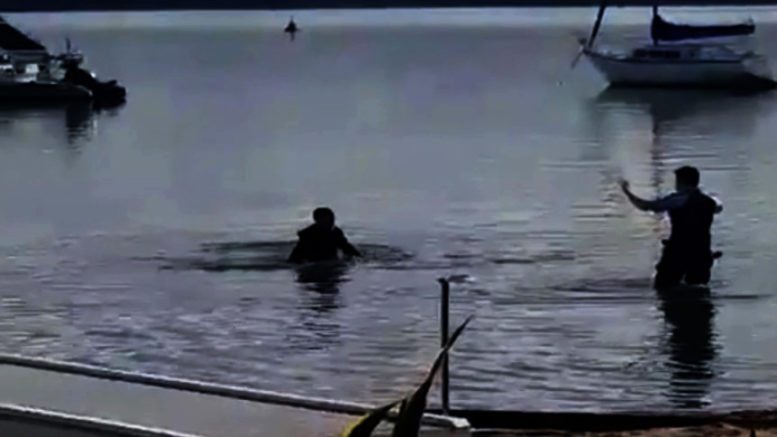 A police chase finished up in the chilly waters of Lake Macquarie at Mannering Park on Wednesday, June 30.

At about 11.20am, officers from Tuggerah Lakes Police District went to a home on Marmion St, Mannering Park, to arrest a man wanted on alleged outstanding warrants.

On arrival, police saw a man run from the home and jump over the back fence.

Police followed on foot, before the man ran on to a jetty and jumped into the waters of Lake Macquarie.

He refused to come out, so police had to wade into thigh-deep water, and with the assistance of PolAir, 10 minutes later the man was returned to shore and arrested at about 11.30am.

During a search, police allegedly found more than $1,100 cash, and a crystal substance which returned a positive result for methylamphetamine.

Those charges relate to previous alleged incidents in April and May at Wyong, Charmhaven, Tuggerah and failing to appear at Wyong Local Court on May 26.

The man was refused bail when he appeared in Wyong Local Court on July 1.