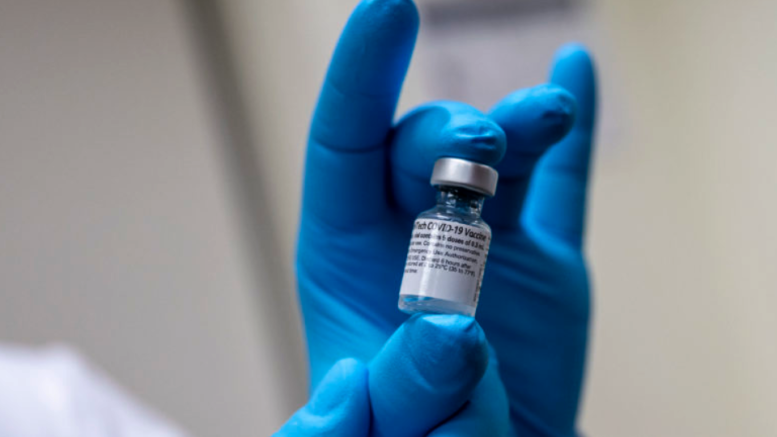 The escalation of the COVID-19 Delta Strain outbreak in Sydney has resulted in more Central Coast residents scrambling to be vaccinated, but vaccine availability and confusing messages about eligibility continue to be barriers.

Only four local GP clinics were listed on the national vaccine eligibility tracker (health.gov.au) in the 2259 postcode area in addition to the Wyong and Gosford Hospital clinics and a San Remo practice on Monday, July 12.

One local GP took to social media to tell members of the public not to call to bring forward their second AstraZenica shot and another said that theey were overwhelmed with calls on Monday morning.

“We do not have capacity to reschedule appointments at this time and guidelines still recommend 12 weeks between doses as this is most effective at providing immunity,” the practice posted.

Member for Dobell, Emma McBride, said: “The Health Minister said Australia was at the front of the queue for vaccine deals, but we’re not.

“Supply is still a major problem and we’re falling behind the rest of the world when it comes to vaccinations, with Australia currently ranked last in the OCED for fully vaccinated adults,” McBride said.

“On the Central Coast, where one in five locals are aged over 65, GPs are struggling to get more doses and pharmacies are missing out on the rollout altogether,” she said.

“The Prime Minister said the vaccine rollout ‘isn’t a race’, but it is, a race against this virus and its deadly variants, and a race to save our economy.

“I want to see the vaccine rollout fast tracked and expanded, including through community pharmacies, so that we can get more jabs in arms and keep the Coast safe.”

The Pharmaceutical Society of Australia applauded the announcement that approved community pharmacists in NSW would be activated in the vaccine rollout, but further details have not been announced.

NSW Premier, Gladys Berejiklian, announced that the NSW Government would “green-light” pharmacies to begin making the AstraZeneca vaccine available to people over 40 along with NSW Health vaccination clinics (Gosford and Wyong Hospitals and the Erina hub).

Anyone aged 18-39 wishing to get the AstraZeneca jab was still encouraged to talk to their GP and the NSW Government approached the Federal Government to ask that any unused GP Pfizer vaccines be redirected to NSW health hubs.

Several new mass vaccination centres will open within the week but the closest to the Central Coast will be in the Lake Macquarie Local Government Area and off limits for Central Coast residents under current stay-at-home rules.

Concrete information about the proportion of Central Coast health workers and residents who have been vaccinated against COVID-19 is currently unavailable, according to the Hunter, New England and Central Coast Primary Health Network (PHN).

The Central Coast Local Health District directed The Chronicle’s questions about the vaccination program to the PHN as vaccination is a Federal Government responsibility.

In turn, the PHN referred questions about the rollout at a local level to the Federal Health Department which, at the time of going to press, had not responded to our questions.

From July 9, “selected general practices on the Coast started to offer the Pfizer vaccine to their eligible patients, including those aged from 40 to 59 years of age,” a PHN spokesperson said.

“People can use the COVID-19 vaccine eligibility checker on the Department of Health’s website to find out when and where they can receive a COVID-19 vaccine,” the spokesperson said.

The July 12 announcement that those aged 40 and over could get AstraZeneca at NSW Government Vaccination Clinics was not backed up by information on the Federal Government’s vaccination eligibility checker.

The checker was still recommending Pfizer vaccine for those under 50 and warning that appointments may not be available.

The national eligibility checker was upgraded last week to give those aged 50 to 59 the option of seeking additional information about the risks of using AstraZeneca.

“Some conditions may mean that it is not suitable for you and it is important that you discuss this with your healthcare provider,” the eligibility checker said.

Wyong Hospital did not have supplies of Pfizer and was accepting appointments from those aged 60 and over for AstraZeneca.

It was not accepting walk up appointments.

According to the PHN spokesperson, all aged care facilities on the Coast have received their first and second dose COVID-19 vaccination through the national vaccine rollout program.

“Where residents were not available for various reasons to receive a vaccination through this first wave, arrangements are being made with Aged Care Facilities to vaccinate those residents,” the spokesperson said.

In terms of the proportion of local frontline health workers who are fully or partially vaccinated, the PHN said it did not have access to such granular data.

It also could not answer our questions about the supply of either AstraZeneca or Pfizer vaccine on the Coast.

It was unable to comment on the percentage of Central Coast residents who are already partially or fully vaccinated or the timeframe for the rollout to be completed locally.