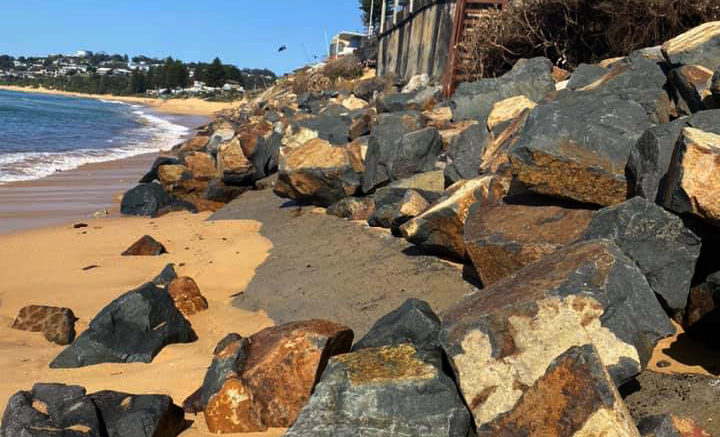 “This sounds like a really good idea but cost I suspect is going to be an issue,” Mr Hart said at the June 29 Council meeting.

“The report we are putting forward tonight is an opt-in,
in-principle approach subject to environmental approvals,” Cox said.

He said Transport for NSW was currently reviewing tenders and assessing whether the proposal would be commercially feasible.

Hart said the plan would not proceed without it coming back to Council pending environmental and cost considerations.

Council will now write to the Transport and Local Government ministers expressing in-principle support to participate in the beach nourishment opportunity for Wamberal.

Council will request the NSW Government partner with it to obtain approvals.

The proposal will not go ahead unless Council receives written confirmation that at least half of all costs associated with design and approval will be met by the NSW Government.

The NSW Government will also need to make staff resources and departmental assistance available to prepare all necessary approvals.

Once those milestones are met the Administrator resolved that staff will need to complete more detailed impact assessments, consult with stakeholders and the local community and obtain necessary approvals.

Chief Executive Officer, David Farmer, has been given delegated power to enter into any agreements with the NSW Government (including Transport for NSW) to facilitate the investigations and approvals.

The outcomes of the impact assessments and community consultation will be considered at a future council meeting prior to the acceptance of any sand from the Metro West Tunnel.

The staff report to Rik Hart said a significant volume of sandstone was being excavated as part of the Sydney Metro West Tunnel project and Transport for NSW was exploring an opportunity to transport a screened sand fraction to Wamberal Beach and other locations from late 2022.

“Beach nourishment is the practice of adding sand to beaches to combat erosion and increase beach width,” the staff report said.

“As sea level rise begins to impact the NSW coastline, beaches across NSW are forecast to recede and beach nourishment is seen as the only feasible long-term management response to ensure the beach amenity and public use of beaches is maintained,” it said.

Beach nourishment of this scale has not been undertaken on the Central Coast previously so it’s an opportunity to establish processes, investigations and approvals to enable Council to access significant volumes of sand, according to the report.

“It also enables Council to evaluate the feasibility of future beach nourishment as a genuine adaptation response to sea level rise,” the report said.

“The potential opportunity for sand nourishment from state tunnelling and dredging projects was first discussed at meetings of the Wamberal Seawall Advisory Taskforce.

“The discussions indicated that some negotiations were already underway between state agencies to identify a potential sand source for Wamberal Beach to combat beach erosion.”

Inquiry hears of disturbing behaviour of staff and between fellow Councillors