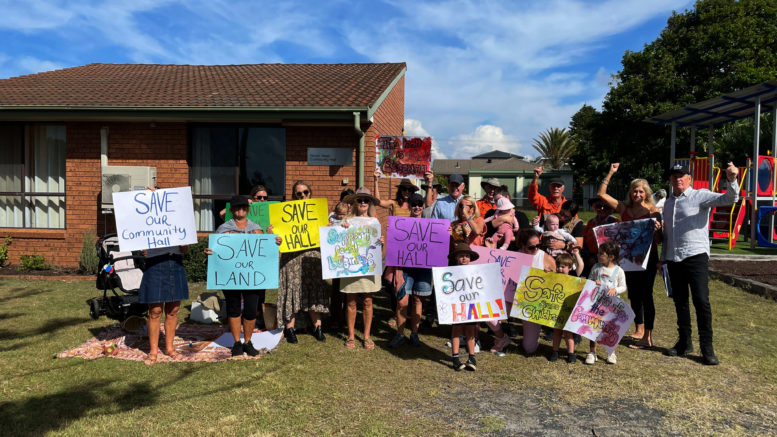 A revised list of tranche three land sales by Central Coast Council was made public in the lead up to last night’s (July 27) Council meeting where it was expected to get the go ahead.

A Council report also revealed that sales from tranche one and two were proceeding.

To date, Council has exchanged and settled on contracts within Tranche 1 and 2 to the value of about $23.9M.

The original list of tranche three sales was cut in half with 19 sites remaining for sale, another 19 sites taken off the list and land at Manning Rd, The Entrance under further investigation.

The community hall at Norah Head was still listed for sale but Council added the proviso that the land at 75 Bungary Rd, wouldn’t be sold until another community hall was being built.

Save Our Reserves spokeswoman, Sue Chidgey, said it appeared to be mostly good news.

“Several local environmental representatives are working through the list and the fine print but on first glance it looks like many of the sites that the community fought so hard for have been saved which we are hopeful will be given the final tick by the Administrator at the Council meeting,” she said.

“A massive team effort to get the word out about the risk to community reserves and assets, co-ordinated by local reps for The Australian Conservation Foundation, Coast Environmental Alliance, Community Environment Network and GUST, ensured hundreds of local residents were able to stand up for their cherished assets.”

Community activist, Zina Harije, from CEN Youth, said it was a great result overall and the efforts of the community voices must be commended.

“The fact that some pieces of operational land were removed for consideration shows that Council listened to the concerned community,” Harije said.

Of the 19 sites for sale, a number will be sold to interested buyers.

For example, the Mariners Football Club Developments Pty Ltd will be offered land along Wyong Rd, Tuggerah, with Council noting the existing E3 zoning would be retained and used as a vegetation buffer to the club’s development.

The Salvation Army will be offered 15-23 Hely St Wyong.

Land at 10W Woodcutters Rd, Woongarrah will be offered to the adjoining neighbour.

Council proposed reclassifying part of 2-4 Park Rd, The Entrance, from community to operational land and sell as a direct sale to The Mingara Leisure Group.

Council will reclassify and sell 9, 11, 13 and 15 Yaralla Rd, Toukley; noting that these sites have been identified as affordable housing sites and may be sold directly to a community housing provider.

The other parcels of land for sale are:

Council will close the unformed road located between 11 Church St, Wyong (Lots 1-4) and 2W Ranken St, Wyong and sell all that land with a condition of sale that maintains the car parking on the site.

On April 27, Council resolved to allow for community consultation of its proposed tranche three sales.

The consultation concluded a month later with 1,333 submissions, 611 emails and letters.

Council said its Business Recovery Plan required a review of its property assets which could be disposed of to assist with its financial situation.

The Council announced at the beginning of October last year that it faced immediate and serious liquidity issues.

After six months, the suspension continued, a Public Inquiry was called to look at the financial mismanagement and an Administrator continues to take the place of the councillors.

The Administrator, Rik Hart, was expected to accept the staff report as outlined above to allow the continuation of the sales process.

Sydney Metro should pay us to take its sand

Peninsula assets on the block