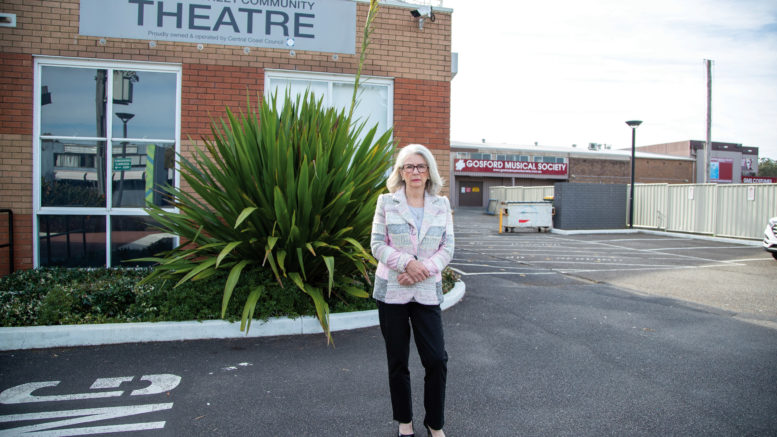 Community concerns over the future operation of Gosford’s Laycock Street Community Theatre (LSCT) are rising, with Central Coast Council undertaking a study on the feasibility of combining it with The Art House at Wyong and Peninsula Theatre under one operational model.

Gosford Musical Society (GMS) President, Ros English, has written to Local Government Minister, Shelley Hancock, expressing the Society’s concerns and asking for clarification on why the Laycock Street Theatre Advisory Committee was abolished in 2016 when the former Gosford and Wyong councils merged.

Despite assurances that the facilities will remain owned and operated by Council regardless of the operational model, English is worried that an intended study is a “ruse for outsourcing” management of the theatres and that the Musical Society is likely to be priced out of its home venue.

The flow-on effects for the Society would be significant, including jeopardising the running of the men’s shed volunteer group (which also includes women), the sewing group, rehearsal space for choirs and other performance groups, and mentoring of Central Coast musicians and performers.

“The question is why is Council instigating a study, at a cost of $40,000, during a period of financial austerity, without any consultation with users of those facilities?” English said.

The Laycock Street Bicentennial Community Theatre was built in 1988 with ratepayer funds through the fundraising efforts of Gosford Musical Society – a community-based, not-for-profit organisation which will celebrate 75 years of musical theatre on the Central Coast next year,” English wrote to the Minister.

“GMS also obtained a grant from the Federal Government from Bicentennial funding; there is significant community ownership in that building.

Council currently has 18 Advisory Groups but the LSCT group is not one of them.

“This Committee was abolished in 2016 as a result of the amalgamation of the two councils.”

English said prior to the abolition of the committee, stakeholders met regularly with Council and had updates and input about programming and financial and marketing strategies, but lines of communication had stalled since the Council amalgamation.

She outlined to the Minister that the Musical Society contributes around $300,000 in revenue to Council per annum and asked if the amalgamation of two councils legally warrants and/or supports the abolition of a committee operating under the Local Government Act.

“If not, then it will be inherent upon Central Coast Council to re-instate the Laycock St Theatre Board of Management,” she wrote.

“If so, then why is The Art House at Wyong permitted to operate as a stand-alone facility?”

English said both Wyong Musical Theatre Company and Wyong Drama Group had been priced out of performing at The Art House and she feared a similar fate for Gosford Musical Society at Laycock Street.

“The Art House receives $1M in funding from Council every year,” she said.

While GMS has recently signed a three-year agreement with Council outlining terms of use of the theatre, English said Council had foreshadowed a possible requirement for the group to reschedule its final show of 2023 to make way for commercial users in the lead-up to Christmas.

With GMS providing 35 per cent of the theatre’s content, she said changing rehearsal and performance dates for its final show of the year would pose extreme difficulties.

Council confirmed it was undertaking a review of its theatre operations and delivery of services to “identify where improvements and efficiencies can be made to create a better customer experience for theatre goers, ensuring best value for the community and maximising the potential utilisation of all three facilities for our expanding local creative arts sector”.

“Part of this review includes an analysis of the potential benefits and efficiencies of combining all three Council owned theatres (Laycock St Community Theatre, Peninsula Theatre and The Art House Wyong) under the one operational model and/or sharing resources,” a spokesperson said.

While Council said it “values and acknowledges the historical importance and ongoing contribution of groups such as the Gosford Musical Society” in providing a strong and supportive base for local performers and to the performing arts in our region”, a report on the review of theatre operation should be completed by October/November.