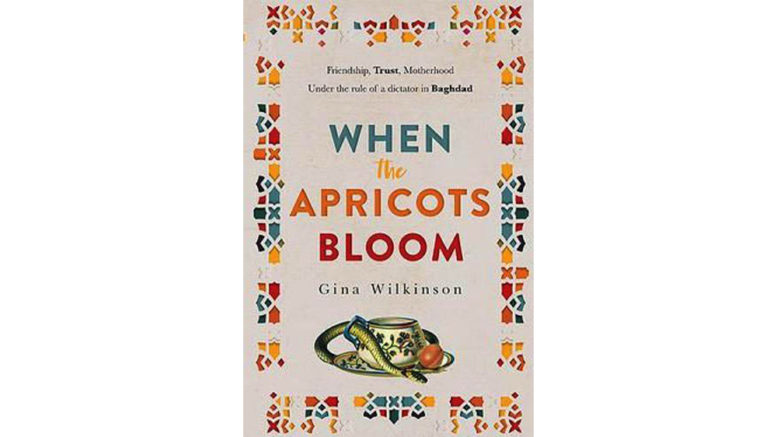 Huda and Rania were friends when they were younger.

They made a blood oath to have no secrets.

The punishment to breaking the oath was, “Sorrow for the oath breaker…and for the generation that follows her.”

They were once “sisters forever”.

Twenty-four years later and they are no longer friends.

It is Saddam Hussein’s Iraq.

There are images of him everywhere.

You better make sure that framed photo of Hussein is facing the right way when a visitor comes to your house.

There are mukhabarat, the intelligence agency, that know everything you do and everyone you talk to.

You can trust no one.

A friend could turn you in if you look at them wrong.

Life is oppressive and difficult.

Huda is now married and has a son.

She is lucky, she got a job at the Australian embassy.

Things have been tight since her husband lost his job and this job offers a good salary.

However, she has now been instructed to spy on her boss’s wife.

Terrible things will happen to her and/or her family if she fails to do this.

Rania, daughter of a sheikh, came from a prosperous background.

Her husband passed away and times are tough.

She is at the bookstore to sell the last of her father’s leather-bound books to get much needed money.

She has a daughter, but she has sent her away from Baghdad to the Basra to be safe.

It is at the bookstore she meets a foreigner named Ally and invites her to her gallery, hoping she has money to buy a painting.

Ally is one of the few wives who has accompanied her husband, a diplomat with the Australian embassy, to Iraq.

Most of the other diplomats’ wives stayed home.

She is young and newly married but has ulterior motives for being there.

Her mother was a nurse in Iraq when she was younger, and since Ally lost her mother at an early age, she is trying to find out more about her, trying to find answers to questions her father refused to answer.

But in the pursuit to find answers, Ally will unknowingly be putting Iraqi citizens in danger.

Mother’s will do anything to protect their children, which will bring Huda and Rania back in touch.

The mukhabarat have threatened to take Huda’s son, Khalid to train with the Lions Cubs, a military boot camp where he will be beaten and to graduate, he will have to kill a small animal and eat it, “Not all the boys came back. And those who did were changed inside.” And Hanan has come to the attention of Uday Hussein, the son of Sadam who Rania calls “the spawn of the devil”.”

Gina Wilkinson spent more than a year living in Baghdad when Saddam Hussein was in power.

She had a friend who was a police informant and reported on her.

With this first-hand experience she has written a wonderful book with strong characters who will make great sacrifices for the ones they love.