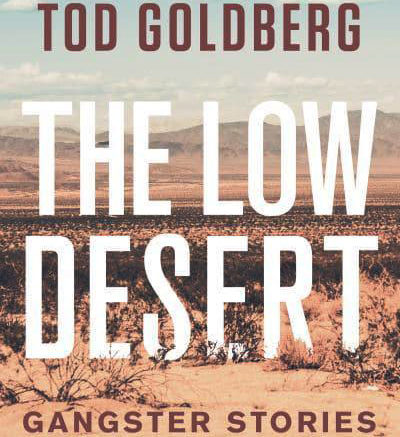 I am not a fan of short stories … they always leave me unsatisfied.

Just when I feel I am getting a grasp on the characters, the story ends and I am left hanging, wondering what would have happened if only there were a few more chapters to read.

When I purchased The Low Desert I had either forgotten it was a collection of short stories or didn’t do enough research. Then I read the first chapter … and I was hooked.

A DJ with a gunshot wound, a slimy lawyer and a clown – it doesn’t get any better than that. Can’t wait to see what happens next, and then … Bam! Game over. Next story begins. This one is Noir. The writing is tight and edgy and, needless to say, dark. The characters are flawed. The dialogue is fantastic.

There is Morris, a security guard for Claxson Oil. The oil company owns the town which is set in the California desert in 1962.

Since the town is sixty miles away from Palm Springs, Morris is the closest thing to law that the town has. There is a saltwater lake that has just revealed a secret. Morris later shows up as a sheriff in 2013 battling cancer in India Wells.

“How many friends of mine are gone? All of them, even if they are still alive.”

Bam again, next story. Tania, is a cocktail waitress in Reno, then Vegas, now Palm Springs.

A while ago she won some money and used those funds to adopt a young girl from Russia named Natalya. When Natalya turned 18 she disappeared. Now Tania spends her off time searching online for her missing daughter.

Blake is an ex-military “goon” taking some college classes, learning how to be a DJ, or talkradio host, or whatever it is the class is teaching. His sister signed him up as a joke. Turns out he is an asset to the teacher.

Bam. Gangsters are everywhere, rabbis, restaurant owners, car dealerships. Guys skimming from the top so they can get out of the business, go legit. Good luck to them. There are guys who have been born into crime families. Not liking what they do, but that is all they know. Cops that walk a very fine line.

The characters in Goldberg’s stories are all so lonely, that is what got me most. The settings are isolated, it is the desert after all. Who is good and bad? The lines are not clear, bad things are done with good intentions.

Although I am not a fan of shorts stories, I was a big fan of this book.

I liked that some of the characters came back again – it was nice to reconnect. I hadn’t heard of Tod Goldberg before, but he has quite a list of writing credits to his name. Among his other works of fiction are Gangster Nation, Gansterland and Living Dead Girl.

Apparently, some of the characters in The Low Desert are from Gangster Nation and Gansterland. I think I might give those books a try and see what these “goons” were up to before I met them.