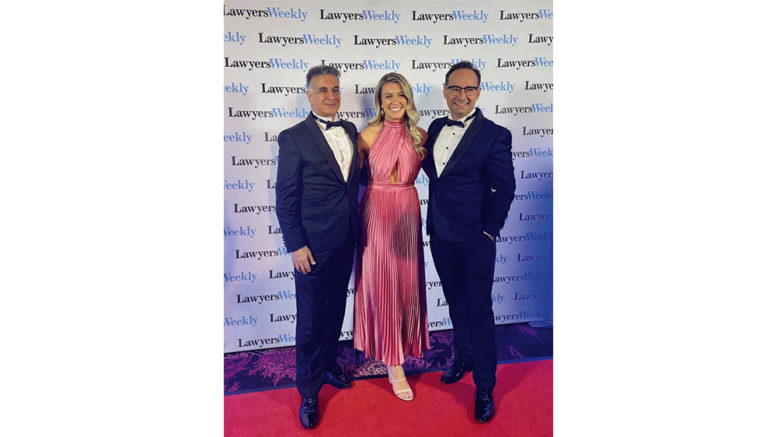 After graduating with a Bachelor of Laws only three years ago, Alex Bailey of Noraville has been named Australia’s top criminal lawyer under the age of 30.

She has earned the 2021 Lawyers Weekly under 30 Award in the criminal law category, up against hundreds of applicants from all over Australia.

“I was shocked to be named a finalist, let alone the winner of the award, particularly because finalists and winners in previous years either owned their own firm or were employed by high profile city based law firms.”

Bailey said she didn’t always aspire to be a lawyer and freely admits that achieving academically at school didn’t come naturally.

“Growing up in a modest household in Newcastle as one of seven children, I had no real concept of what I wanted to do when I left school, just like many teenagers,” she said.

A talented dancer, she attended a performing arts school and dreamt of becoming a professional dancer, although Bailey also had a strong desire to contribute to society and couldn’t see a meaningful way to fulfil that desire in the performing arts.

The idea of becoming a lawyer was born after her father suffered a severe stroke when she was in Year 11.

In need of urgent legal assistance, the family enlisted the help of a respected local lawyer.

“My father owned a business and was the breadwinner of our family and we lost everything when he fell ill,” Bailey said.

“So, to see that lawyer come to my dad’s hospital bedside and reassure him that everything would be okay and that he would look after him, and just seeing that sense of relief from my family struck something within me that made me want to be someone like that.

“From then I made it my mission to knuckle down and earn the marks for entry into law school.

“I was also inspired by my mother, who completed the required studies to work in juvenile justice after 20 years of being a full-time parent.

“My mum, who is of Aboriginal heritage, never had the opportunity to study growing up.

“In fact, I’m the first female in our entire family on mum’s side to go to university and complete a degree,” Bailey said.

Bailey started work with Conditsis Lawyers as a legal secretary on the family law team while completing her university studies.

A year after graduating, and as her interest in criminal law grew, she asked to be transferred to the criminal law team.

After two years of practising as a criminal lawyer, Bailey has taken some of the firm’s younger secretaries and paralegals under her wing while they complete their tertiary studies.

Proud to be a young female Indigenous lawyer, Bailey says she has a particular passion for fighting for the underdog, something for which Conditsis Lawyers is renowned.

“I think everyone deserves legal representation, but I think that at our firm, we go above and beyond to fight for people who genuinely deserve a second chance,” she said.

“I’m keen to become a trial advocate one day but still have a long way to go and much to learn.

“It would be great to be a female trial advocate, you don’t see many, and my mum always encouraged us all to work hard and always strive to achieve our dreams,” Bailey said.