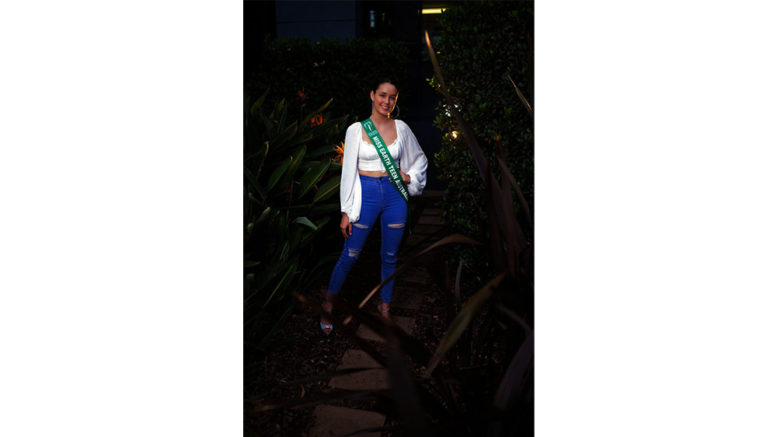 Trinity Dawson may only be 14, but that is not stopping her from achieving things well beyond her years.

The Entrance local is not only making a name for herself on the international fashion circuit, but she is also a finalist for Miss Teen Earth Australia, a national beauty pageant promoting environmental awareness, social responsibility and climate change advocacy.

She is one of four finalists in the running to be crowned Miss Teen Earth Australia, with the winner being invited to the Miss Earth International pageant against entrants from over 120 countries.

Miss Teen Earth Australia will be announced on July 25 in Epping.

Dawson said that the people organising the Miss Teen Earth Australia pageant approached her at another function and asked her to participate, something of a rarity in the industry.

Passionate about the environment, Dawson has been supporting the Central Coast branch of Australian Seabird Rescue since she was six, raising money to help them rescue wildlife and being an advocate for the dangers of single use plastic.

“Mum is a longtime friend of Cathy, who started the Australian Seabird Rescue here on the Coast, and I’ve been raising money for them and another charity that helps children in the outback learn how to read,” Dawson said.

“You never know what’s really in cosmetics and if they have been tested on animals, so I created my own skincare line so you don’t have to go looking around for this information.

“I also created it as a friend of ours was going through chemotherapy and she couldn’t use any soaps, so I made her a vegan soap she could use which was really special,” Dawson said.

On top of all this, Dawson has been tearing up the catwalk, walking for six designers at New York Fashion Week 2020.

Through this work she is also now an ambassador for US designer, Marc Defang, who has even named a shoe after her.

“Marc is such a close friend, he’s amazing to work with and I have so many of his shoes … I have about 10 of the ones he named after me,” Dawson said.

She was also named in the 2020 Haute List for Couture by Supermodel Unlimited to be someone to watch for new fashion trends.

“I’ve been invited again to go to New York Fashion Week next year which I am doing, and I was also invited to a pageant in the Philippines in October, but I am not going to that one because of COVID,” Dawson said.

Not a good start for Tourism Central Coast