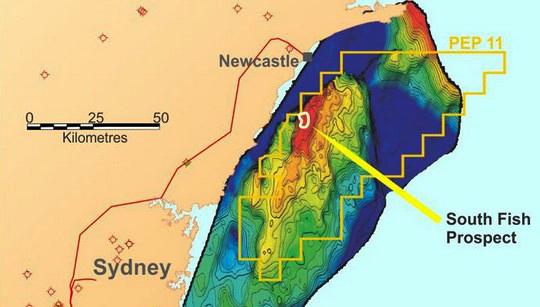 Asset Energy, a subsidiary of Advent Energy, has issued a call for tender for the provision of subsea wellhead equipment, materials and associated services for the Baleen drilling program, as part of the PEP-11 offshore gas and drilling project.

This is despite the fact that Federal Minister for Resources, Keith Pitt, is still to make a decision on renewal of the PEP-11 permit, which expired on February 12.

Renewal of the licence would allow oil and gas exploration drilling off the coast from Port Stephens to Sydney for another two years, with an area just off Lake Munmorah as a target site called the Baleen Prospect.

In 2018, a seismic exploration survey was carried out along a line of about 200kms over the Baleen Prospect.

Director, David Breeze, authorised the call for tender on Monday, May 31.

“This equipment provides the foundation for the Baleen well and is the first stage of well construction,” David Breeze said.

“This is an important step in the preparation and planning for the Baleen 1 well (and) ensures that Asset Energy will be ready to commence drilling after relevant approvals have been received.

“When the well has reached total depth and has been fully evaluated, the well will be plugged and abandoned in line with pre-drill planning as an exploration well, and the wellhead and associated equipment will be removed from the seabed,” Breeze said.

Offshore gas and oil drilling in the PEP-11 licence has been widely condemned in the community and in March the Prime Minister, Scott Morrison, announced his opposition to renewing the licence.

There has also been staunch opposition to the permit extension from the NSW Government, the Federal Labor Party, many Coalition MPs, residents and community groups, including Save Our Coast, which has been opposing PEP-11 for many years and collected 86,000 signatures on petitions to stop PEP-11.

“It is disappointing that the proponents of PEP-11 intend to push forward with their plans to drill off the Central Coast, despite the licence having lapsed and no decision yet concerning the renewal,” a Save Our Coast spokesperson said.

“The Government must make it clear to Advent Energy that they have no right to commence works.

“Save Our Coast has hoped all along for a fair process to meet the wishes of the communities directly affected by this dangerous fossil fuel project.

“The future of PEP-11 is currently in the hands of Minister Pitt, so any steps toward drilling are untimely and outside of that fair process.

“Given the certainty of disastrous social and environmental consequences of an offshore drilling mishap, we want to see positive action right now, not a vague promise for the next election.

“The PEP has expired and we call on Minister Pitt to extinguish it permanently.

“We call on Federal Member for Robertson, Lucy Wicks, and the Prime Minister to act on the promises they made, to heed the clear wishes of the community and ensure that Minister Pitt cancels PEP-11 once and for all,” the Save Our Coast spokesperson said.

Federal Member for Shortland, Pat Conroy, said the call for tenders was “extraordinary and bordering on arrogant”.

“How can Asset Energy possibly be calling for tenders for the Baleen drilling program when the Minister for Resources, Keith Pitt, is yet to make a decision on the future of the PEP-11 licence?

“It’s hard to imagine Asset Energy would do this if they weren’t confident about PEP-11 being extended for another two years.

“There is broad opposition to this project, so if Minister Pitt does approve it, it is clear that he has failed to listen to our community.

“Next week will be four months since the current PEP-11 licence was due to expire, and since then, the licence has been in rollover period, meaning exploration can continue while the Minister makes his decision.

“Minister Pitt urgently needs to end the uncertainty, listen to our community’s wishes, and say no to PEP-11,” Conroy said.

Federal Member for Dobell, Emma McBride, said that this call for tender raised a number of questions.

“Why hasn’t the Minister made a decision, given the Prime Minister rejected the project almost three months ago?

“I wrote to Minister Pitt after the Prime Minister came out against the project and he said he was currently considering the matter.

“The Minister could end the uncertainty for our community by making a decision today.

“It’s clear that the fight to save our Coast isn’t over,” McBride said.