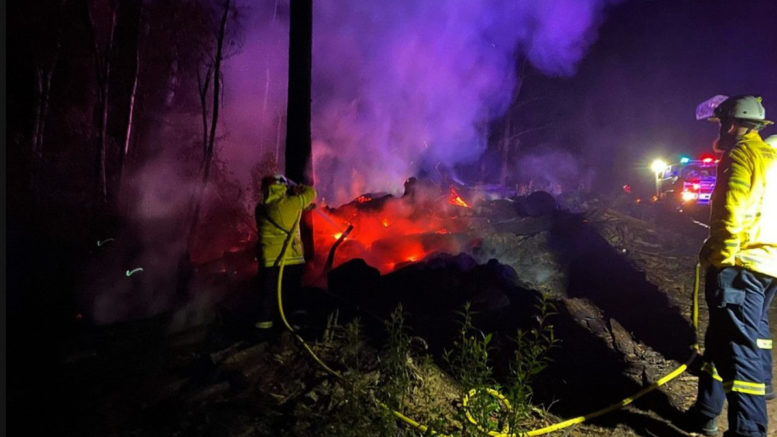 Shortly after 5.30pm on Tuesday, June 8, crews were called to a bushfire which is believed to have been deliberately lit in Ourimbah State Forest.

The fire was on Red Hill Rd, off Yarramalong Rd, at Wyong Creek.

On arrival, crews found a small area of bush and a pile of logs well alight.

The RFS firefighters contained the immediate threat and the incident was handed over to a NSW Forestry Corporation crew which had been called in by the RFS crews.

A spokesperson for the Forestry Corporation said the fire had been contained to a small pile of bark and no bushland was impacted.

The fire appeared to have been deliberately lit and an investigation into the incident is a matter for the RFS, the spokesperson said.