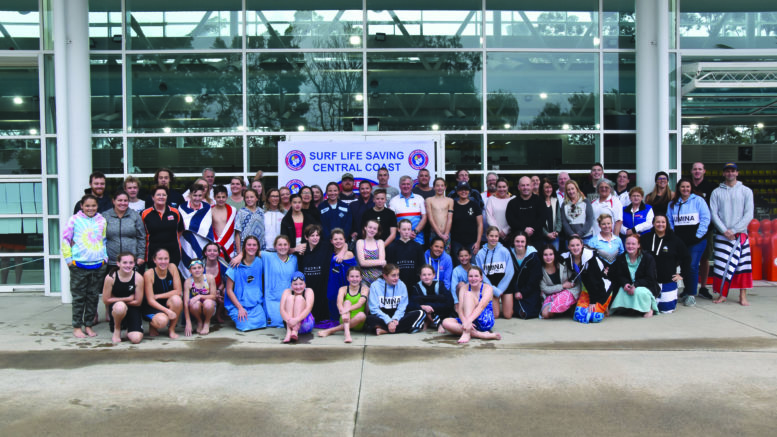 Central Coast Director of Surf Sports David Unger said it was fantastic to see so many clubs participating in this event.

“The atmosphere around the pool deck was electric with competitors and coaches all cheering on team mates.”

Standout performances were by Umina’s U15 competitor Davara Marshall who had some incredible performances placing 1st overall in the women events.

In the Mens competition, it was stiff competition between Shelly Beach duo U19 Blake Hessel and Open Tom Simpson both putting on masterclass performances in their events.

In the juniors, competition was tough with great performances in all age groups.

In the U13 females, a fierce battle for queen of the beach between Wamberal’s Matilda Isle and Terrigal’s Mai Elliott produced a display of fantastic skills with both competitors taking out an event each.

In the U13 males Umina’s Ronnie Jordan was dominant taking out his age group in all events while in the U14 males it was Ocean Beach’s Jacob Falconer who outclassed the field with some impressive results.

Both organisations have great competitors who challenged the local surf clubs, increasing the intensity of competition.

The Regional Champs have provided local lifesavers with one more competitive practice before the upcoming NSW State Championships to be held on 16th -18th July 2021.

This event will influence the selection of the NSW Pool Lifesaving team to represent the state at the Australian Pool Lifesaving Championships, being held on the Gold Coast 6-8th August 2021.