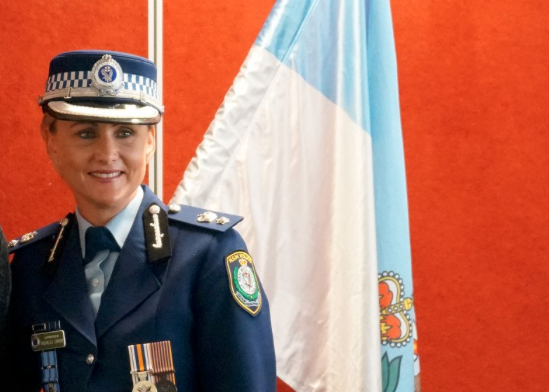 Supt Conroy joined the NSW Police Force in 1995 as a probationary constable at Blacktown and Cabramatta police stations, before transferring to the Physical Evidence Section at Penrith in 1999.

In 2006, Conroy was promoted to the rank of sergeant as a supervisor in the Gosford Crime Scene Section.

In 2008, she was promoted to the rank of senior sergeant as the Hunter Zone Commander.

In 2011, Conroy was promoted to the rank of inspector at Tuggerah Lakes Police Area Command, taking up the role of Duty Officer.

She returned to the Forensic Services Group in 2014 as the Human Resources/Professional Standards Manager and in 2019 was promoted to the rank of Superintendent, Crime Scene Services Branch.

She has been instrumental in facilitating strategic business changes within the Crime Scene Services Branch, to not only support forensic investigations within the NSW Police Force but improve productivity statewide.

Supt Conroy has served the NSW Police Force, and the community of NSW, with distinction for more than 25 years.

She is one of 11 NSW Police Force officers awarded the APM which was established in 1986 and is now awarded twice a year, on Australia Day and the Queen’s Birthday.

NSW Police Commissioner, Mick Fuller, congratulated the recipients on their distinguished policing careers and thanked them for their significant contribution to policing and the community.

“Each officer has served the community with dedication and selflessness over many years.

“They perform their duties without expectation of awards or recognition but are richly deserving of this honour,” Commissioner Fuller said.