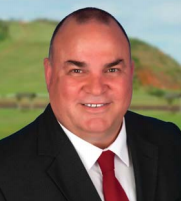 The five documents give detail into the events that led up to the councillors being suspended and an Administrator installed in October 2020.

Council has released some of the documents forwarded to the Public Inquiry into its financial woes.

One of the documents shows that by mid-August 2020, the Council had identified what it thought was about $60M of internally restricted funds spent unlawfully.

The results of further investigations later from another consultant have not been made public but legal advice and the results of what started out as a forensic dive into Council’s finances have been.

Sundstrom said he thought there was more than enough cause for the State Government to request and fund consultants to continue a deeper dive and take a wider look at the forensic audit of Council’s financial situation.

He said their report uncovered a real problem for the Central Coast and possibly a bigger problem for all local governments in NSW.

“The alleged accounting errors, made at the time of amalgamation and beyond, may have a connection to the changes made to rules around how NSW Councils report on their financials at that time,” he said.

The report Sundstrom mentioned was the final report in a series of reports commissioned in 2020.

Previously, consultants Grant Thornton were first contracted by Council in April 2020 to identify any potential cash flow issues that the economic crisis brought on by the COVID-19 pandemic might have on the Council.

By June 2020 it had highlighted the potential for a shortfall of up to $200M in expected revenue.

However, in a second report in August, and only just made public now, Grant Thornton found that lax practices and a lack of cash flow reporting resulted in over $60M of internally restricted funds being utilised for general purposes without the approval of the Councillors.

Another consultant was brought in to try to get to the bottom of the issue but that report has not been made public.

However, legal advice given to Council on October 2 is also one of the released documents and it stated that it had been provided with a draft of that report.

“The Draft Report concludes that $218M was missing from Council’s internal and externally restricted funds as at June 30 ,2020,” the legal advice stated.

Sundstrom said he was pleased to see that the legal advice had been released by Council for public viewing.

“I am quite sure that both of these documents will be important to the Public Inquiry’s Commissioner, Ms McCulloch,” he said.

“Why did the Central Coast Council go through so many staff at ELT level, in particular, Chief Financial Officers?

“How is it that Councillors could be so poorly served with information?

“The capacity of the elected body to consider ‘the financial stability of the Council was clearly hampered by the lack of information, or rather the lack of accuracy in the information and the figures put to them.

“On December 2, 2020, Administrator, Dick Persson, stated, in his 30-Day Interim Report, that ‘Councillors should not be expected to have identified the unlawful and unauthorised use of Restricted Reserves, particularly given that they were not identified in reports to Council by the then CFO and the CEO, nor were they identified in the NSW Auditor General’s audit for the last three financial years’.

“How was it that the NSW Auditor General’s audit also missed the true situation, on multiple occasions?” Sundstrom asked.

Sizer addressed the Council at a public forum in December asking why the Council had an “excessive and unnecessary surplus” growing in the Domestic Waste Fund.

One of the released reports backs up his claim.

Before the councillors were suspended, they asked for a forensic deep dive into the Council finances but by the time the deep dive was scoped, the Administrator was in charge and the deep dive concentrated on only one aspect of Council.

This is the review Sundstrom wants to see widened.

It reviewed actual financial transactions and specifically the allocation of costs and funding for a specific area, which was Council’s Domestic Waste Fund (DWF) and adherence to Office of Local Government Guidelines.

However, the consultants could only find $37.7M worth of plans for the surplus, to be spent on future tip remediation.

In response, Council said it developed detailed expenditure and income modelling which planned for accumulated surpluses.

Sizer says he thinks the Council is clearly in breach of the Local Government Act’s requirement that they don’t charge more for domestic waste services than it costs.

“In the report, they can’t fully justify either the annual charge to ratepayers or the amount squirrelled away in restricted funds,” Sizer said.

He also questioned the funding arrangement for capital projects.

“The Council seems to be doing it by the book, so it is the rules that are at fault,’’ he said.

“It seems that when a piece of capital expense is required, the general fund (i.e, unrestricted funds) pays for it initially.

“The Domestic Waste Fund then reimburses the general fund each year, depending on the expected service life of the equipment.

“So, if they buy a piece of equipment for $10M, that is expected to have a 10-year life, the general fund stumps up the $10M, the Domestic Waste Fund then pays $1M for the next 10 years.

“From a cash perspective the general fund is down $10M, but because of accounting standards, this $10M is capitalised, and only seen as an expense for the next 10 years as $1M of depreciation per year.

“I don’t understand why the restricted fund can’t just pay for the purchase.”

In a close out report to the Council, presented in March 2021, the consultants listed the causes of the Council’s financial circumstances.