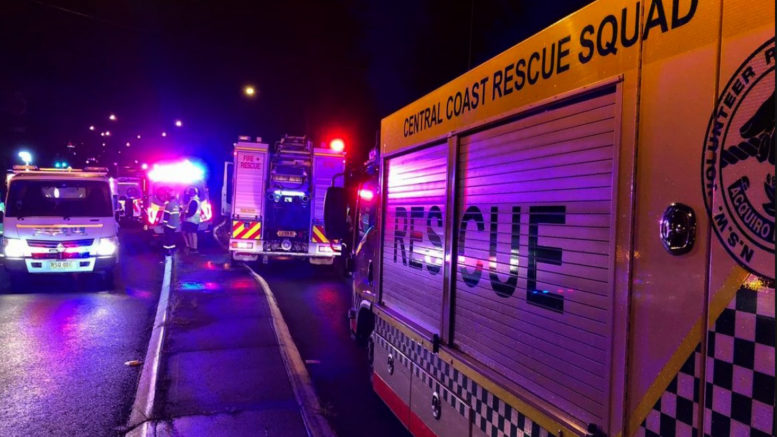 A driver was taken to hospital following a serious single vehicle accident at Lake Haven on Friday, June 4.

Just before 10:30pm , rescue crews and emergency services were called to Goobarabah Ave, where they found a driver trapped in a car which had slammed slideways into a power pole.

Members of the Central Coast Rescue Squad of the NSW Volunteer Rescue Association conducted a side removal of the vehicle to extricate the driver.

NSW Ambulance paramedics treated the driver at the scene before being transported to John Hunter Hospital in a serious but stable condition.

NSW Police are investigating the incident.

Brekkie & B-ball Club is back

Car crash on The Ridgeway