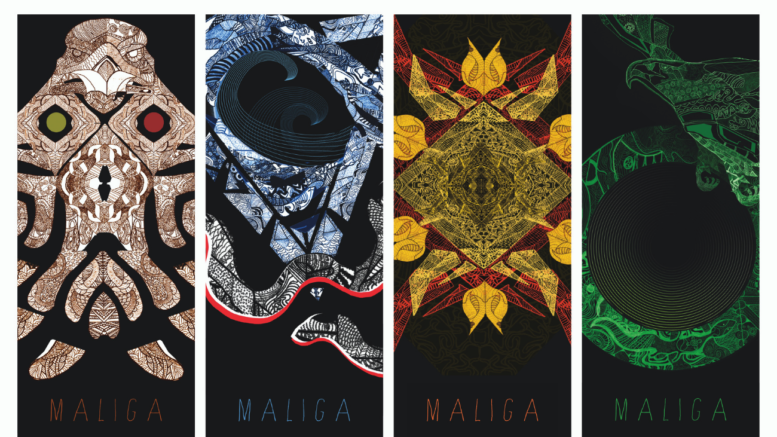 “Reconciliation Week is about Indigenous and non-Indigenous Australians coming together to reflect on the past and working towards closing the gap,” said Vickie Parry,  Executive Director of Barang Regional Alliance, based in Wyong.

“Reconciliation is more than just a word, it’s an action,” she said.

Among the local events is the annual community led visual storytelling program, Maliga.

Artworks are featured in a collaborative street flag presentation in Wyong, Toukley, Long Jetty and along the Tuggerah Straight.

“This year’s flags feature a representation of Tiddalik the Frog, which tells the story of a large frog who drank all the fresh water, killing many animals,” Sampson said.

“To resolve this issue, a wise old owl and an eel made Tiddalik laugh to release the water and replenish the rivers, lakes and swamps.”

Another event is the Saltwater Freshwater Exhibition at The Entrance Gallery that features the work of local artists, Gary Purchase and Kylie Cassidy.

This exhibition also features artwork created by clients at The Glen Rehabilitation Centre.

At the morning tea, staff and visitors were interviewed about what National Sorry Day meant to them.

“Today is a very special day to us… I was reared by my elders which was a real privilege, they taught me about my land and my culture,” said Aunty Maddie McGrady in an interview for Yerin Eleanor Duncan Aboriginal Health Services.

“We need to get more culture into this country, today was a sad day for me because of what happened in 2008 when the government said sorry, nothing has happened since.

Another morning tea at the Health Service was held on May 27 to mark the start of Reconciliation Week.

Reconciliation week started as the Week of Prayer for Reconciliation in 1993 and was supported by the major faith communities in Australia.

In 2001, Reconciliation Australia was established to continue to provide national leadership on reconciliation.

It is a time for all Australians to learn about shared histories, cultures and achievements and to explore how reconciliation can be achieved.