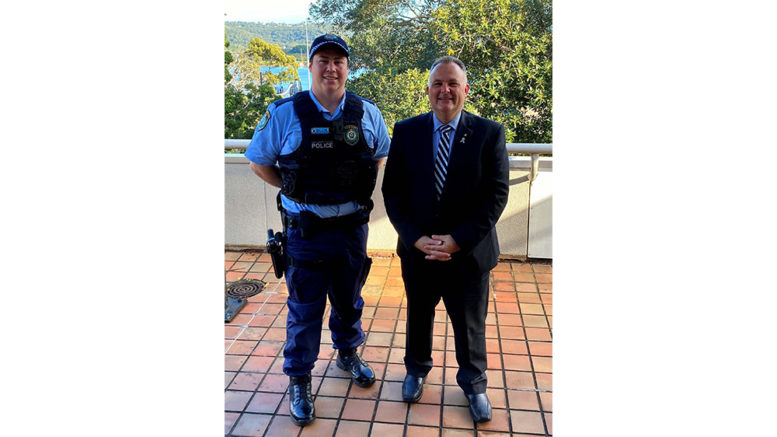 A new Probationary Constable reported for duty at Gosford Police Station on June 21, following a graduation ceremony at the Goulburn Police Academy on June 18.

Parliamentary Secretary for the Central Coast and Member for Terrigal, Adam Crouch, said Probationary Constable Matt Reyner joins 34 new recruits who have joined local police ranks in the past 12 months.

“(Reyner) has completed eight months of world-class training and will now spend a week undergoing induction at Gosford Police Station, before beginning to contribute full-time to the fantastic team at Brisbane Water Police District,” Crouch said.

“The number of police officers working in the Brisbane Water and Tuggerah Lakes Police Districts is continuing to increase, thanks to the NSW Government’s $583M commitment to employ 1,500 officers over the next four years.”

“Day after day, our men and women in blue put their own lives on the line to protect the Central Coast community, and for that we say thank you.”

Class 347 of the NSW Police Force, which graduated from the Goulburn Police Academy last Friday, is the third class of new Probationary Constables for 2021.

Some recruits entered the NSW Police Academy straight from school or university, while others left established professional careers and trades.

Inaugural raising of the Aboriginal flag