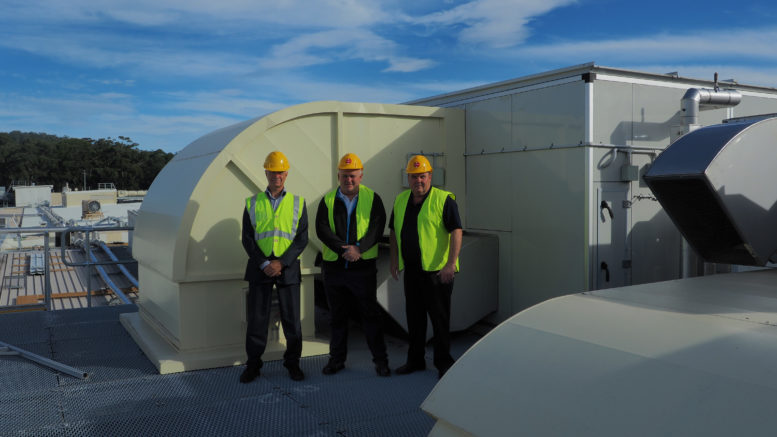 Erina Fair is continuing to kick sustainability goals, with a recent multimillion-dollar overhaul of its air-conditioning system helping to reduce the centre’s energy consumption by approximately 420,000 kwh annually.

Centre manager, Stephen Ross, said the upgrade is just one of several sustainability initiatives in place across Erina Fair including an organic waste recycling program, which diverts on average 50-60 tonnes of food waste per month to the Sutherland Shire Water treatment plant to power the methane electricity plant.

Since signing up to Simply Cups, Australia’s leading coffee cup recycling program, the centre has saved more than 350,000 cups from landfill in the first 18 months.

The centre’s rainwater collection system, featuring a 1.6 million litre tank, collects rainwater for use in the toilets, cooling towers and irrigation.

There are 50 tenant and precinct water meters in place across the centre to monitor water usage.

These measures have reduced the centre’s water consumption by 26 per cent over the past four years, enough to fill 14 Olympic sized swimming pools.

The centre collects storm water debris which is tipped back into landfill each quarter through a catchment system which prevents it going into the Central Coast storm water infrastructure.

And the centre recently started returning polystyrene boxes to Flemington markets to be reused, handing back an estimated 450 boxes per month.

“Our investment in the new air-conditioning system, along with our sustainability initiatives, are part of our commitment to becoming truly sustainable – environmentally, socially and economically,” Ross said.

“We’ve made some great progress in reducing our energy and water consumption, we’re also doing well with reducing the amount of waste going to landfill, but there’s certainly more we can do.

“We’re continuing to explore other avenues where we can make a real difference to the environment and the community.”

Who doesn’t love a garage sale?