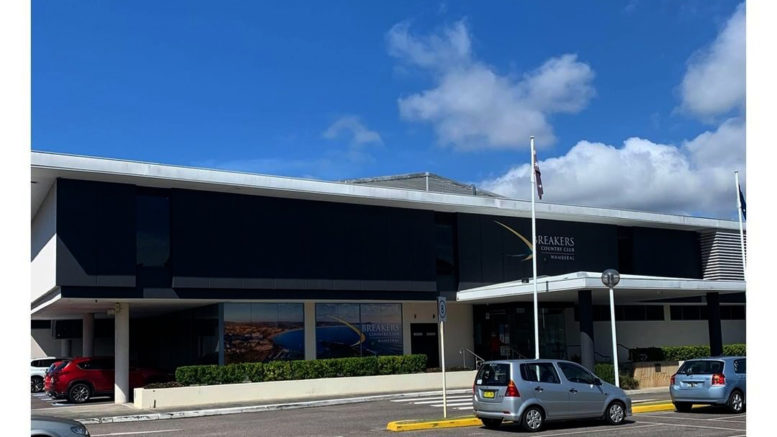 Breakers is set to amalgamate with the Mounties Group

The Mounties Group is in discussions with Breakers Country Club at Wamberal regarding a potential amalgamation.

The news follows an expression of interest released in late 2020, to engage clubs that were interested in merging with the successful club giant.

Located on the cusp of Terrigal lagoon, with views spanning across the water, Breakers consists of two levels and caters to a large proportion of Central Coast residents.

The Club has alfresco dining facilities, a kids’ play area, a large outdoor TV screen as well as cafes, bars, and sporting facilities.

Mounties Group CEO, Dale Hunt, said Breakers is one of the larger clubs on the Central Coast with possibly the most potential to unlock.

“Just like Halekulani Bowling Club, Breakers is not a struggling club – it has been very successful and is a popular choice of venue amongst locals, but they want to do so much more,” Hunt said.

“Our unique intergenerational approach to club venues and our profit-for-purpose business model continues to intrigue and excite other clubs to join us and it is this ethos that attracted Breakers.

“We are in a strong position to be able to help a club such as this unlock their full potential, and we are excited to do just that.

The Board of Breakers Country Club and Mounties Group commenced amalgamation discussions earlier this year and are currently working towards the development of a Memorandum of Understanding.

Breakers would mark the third Central Coast venue to join Mounties Group in less than 12 months with Halekulani Bowling Club and Club Wyong having recently completed the process in March and April this year.

Breakers Country Club CEO, Ken Pearson, said that joining the Mounties Group family would ensure a much brighter future for the club, its staff, its members and the local community.

“Our Board, together with the Board of Mounties Group, is focused on discussing what is important to each club,” he said.

“Mounties’ values and vision for the future resonated with us and we can already see the fantastic benefits Club Wyong and Halekulani Bowling Club are enjoying as a result of the amalgamation which is exciting for us to witness.”

Amalgamation is a lengthy process and there will be a series of member information sessions, a members’ vote and ultimately the decision of the Liquor and Gaming NSW Association before the amalgamation is secured.