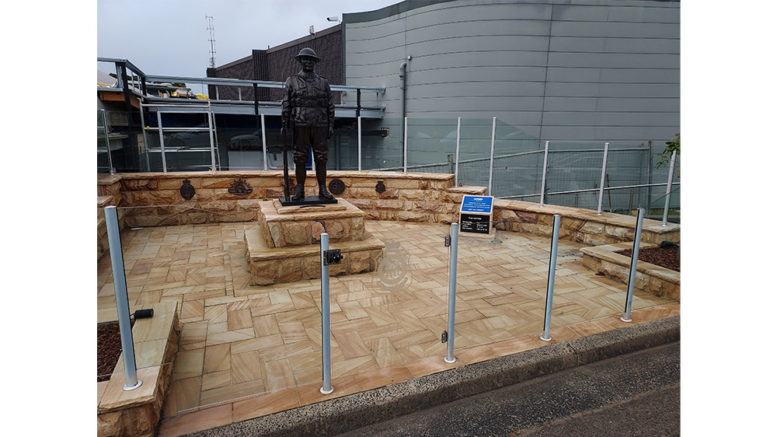 Doyalsoon Wyee RSL Sub Branch has erected a Cor Infinitus (Infinite Courage) memorial to provide dignity and respect to those that have served Australia and taken their own life.

“The memorial does not represent any individual person, rank, era, ex-service organisation, branch of service, or circumstance,” he said.

“Rather, it is anonymous and owned by all families of those lost.

“The memorial’s purpose is to help families mourn, grieve, hope and heal.

“It is not intended to glorify the person’s final action,” Dokter said.

The memorial will also act as a suicide prevention tool, assisting to de-stigmatise mental illness, self-harm and suicide.

“It’s designed to play a part in suicide prevention by combatting the shame and stigma surrounding self harm and suicide,” Dokter said.

It is “dedicated to all those who served our nation and were overwhelmed by the battle within, Lest We Forget”.

Phone numbers of groups to call for assistance with mental health issues are on the memorial.