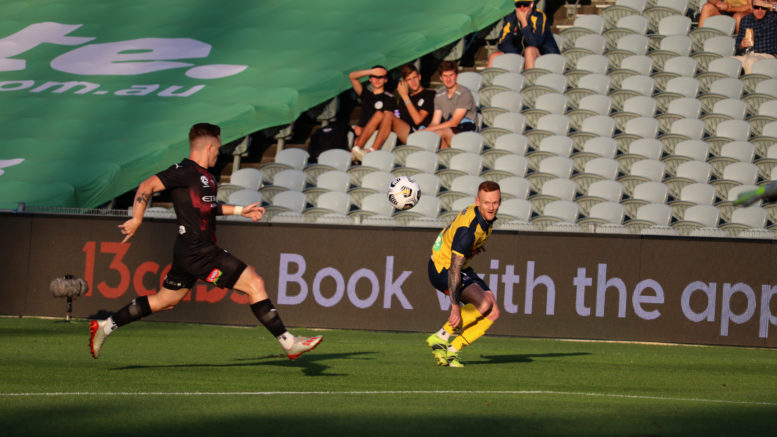 The end of season transfers for the Mariners have begun, spearheaded by the stepping down of Head Coach, Alen Stajcic.

On Thursday, June 17, the Central Coast Mariners confirmed this news to the unpleasant surprise of the team’s fanbase.

Along with him goes Assistant Coach, Nahuel Arrarte, both of whom arrived at the Mariners in March 2019.

Stajcic reflected positively on his time at the club and on the journey of the previous two years.

“After a long period of discussions and reflection, I have decided that I want a new challenge and to go in a new direction in my coaching journey,” he said.

“I came to the club in 2019 when it had just one win in 22 matches and when I was also at a crossroads in my career.

“I came here with enormous goodwill and today I leave with a lifetime of bonds, friendships and memories.

“I would like to express my enormous gratitude to Shaun and Mike (CEO and Club Owner) for giving me the opportunity to coach in the A-League and giving me the task of turning the club around.

“I will be forever grateful, I believe I have repaid that faith and trust placed in me and I believe the club is in a much better position now than it was at that time.”

Mariners CEO, Shaun Mielekamp, thanked both men for their contribution to the club.

“On behalf of everyone at the club I would like to thank Alen and Nahuel for their tremendous contribution to the club, that has resulted in delivering an outstanding season,” Mielekamp said.

“We wish them all the best in the future as they look to take on their next challenges.

“Alen and Nahuel came to the club to help restore pride and credibility.

“I am confident that the legacy that Alen and Nahuel leave the club will remain with us going forward.

“The focus is now to ensure that the club continues to move forward and build upon the success of this season, and we are well progressed in setting up the structures for next season, and once things are finalised we will make announcements accordingly.”

One of the final decisions made prior to Stajcic’s leaving was the re-signing on this season’s starting centre back, Kye Rowles, who is now to remain on the Coast until the end of the A-League 2022/23 season.

Rowles made 127 clearances, 25 blocks and 44 interceptions across his 27 matches, playing the third most minutes of anyone in the Mariners’ squad this season.

“This year was definitely a great year for everyone involved, and I’m excited to now have that as the foundation and to build on it in the future,” Rowles said.

“I’ve kind of found a second home really, and it just goes to show how friendly everyone is here and how good the club is to be at.”

Central Coast Mariners Head of Football, Ken Schembri, also commented on Rowles’ on and off field contributions this season.

“We’re delighted to have Kye committed to the Club for another two years,” Schembri said.

“His play on the pitch this year was so important to our success, and together with his strong football partnership with Ruon Tongyik and Dan Hall, that gives us a solid platform for our continued performance on the pitch.”

However, this well moulding defensive line now requires replacing a key starter of the 2020/21 season, Jack Clisby, who will leave the club upon expiration of his contract this month.

The 29-year-old joined the Mariners ahead of the A-League 2018-19 season and has played 71 A-League matches in that period, scoring four goals including an effort that won him the Noel Spencer Goal of the Year award in his first campaign.

Schembri commented on Clisby’s departure with recognition for his most recent season and disappointment for his departure.

“Clis has been a very valuable player for us over the past three seasons and was an important player this year during an outstanding campaign,” Schembri said.

“We are disappointed to be losing a player of Jack’s calibre but we understand and support Jack’s decision to move back home with his young family.

“All of us at the club wish him well for his next challenge and thank him for his time here.”

For Clisby, his three-season stint has been fraught with challenges, the former two ending in wooden spoon placements, yet the final one brought palpable successes throughout the year.

“I’ve experienced both sides of the spectrum to what football can bring, from the lowest lows, to finishing on a massive high,” Clisby said.

“I leave here being proud to have been part of this amazing club and I will truly miss the people that had a huge impact on our life whilst we were here.

“I wish the club, players, staff and fans nothing but success for the future.”

One week after falling out of the finals race with a home loss against Macarthur FC, the Mariners team is already under serious renovations, with a number of crucial spots yet to be filled.

Women’s football finally gets its day