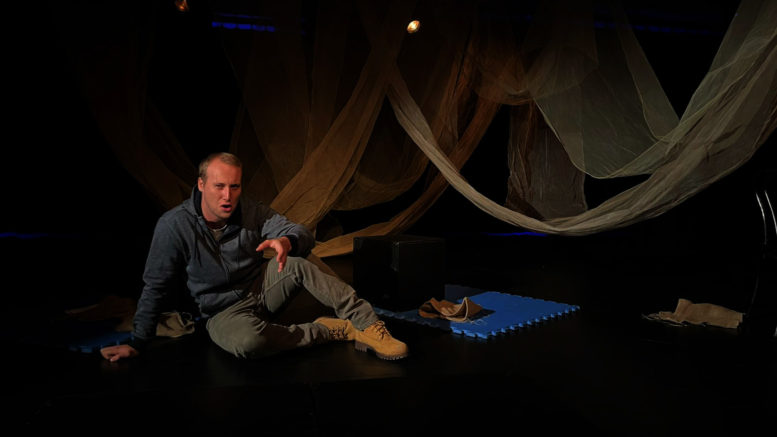 Central Coast resident Christie Koppe is the director of a new theatre production, Borderless, set to open at the Chippen St Theatre, Sydney, on June 4.

Borderless touches on the struggles faced by veterans during deployment and upon their return to home.

The one-man show follows a pair of stepbrothers, Blake and Hussan, as they journey from their small coastal town to the desolate battlegrounds of the Afghanistan war.

The play was written by Peter-Willima Jamieson who Koppe worked closely with.

Jamieson said it is inspired by a news article he read on Australian war soldiers.

“The concept for the idea was triggered by a news article I read about 18 months ago,” Jamieson said.

“It was a small heading stating that 46 Australian soldiers died during the Afghan/Iraq conflict, but over 500 have committed suicide since their return home.

“Sadly, this number, as of today, has increased to over 700.

“I remember reading (the article) and feeling ill at the thought of such a statistic; I wanted to know more.

“I have a few friends of mine who I hadn’t seen in a long time that had served in Afghanistan, so I asked them if we could meet up and chat about their experiences during their deployment and what it was like coming back home and fitting back into civilian life.

“We sat down and chatted over a beer for what must’ve been 2-3 hours, and it was eye-opening, to say the least.

“So much is shown in the media about war and the conflict that happens over there, but what was truly shocking to me was how the nightmares they faced followed them back home.

“It was appalling to hear how little the defence department did in helping, not only them but a lot of other veterans.

“I was so overwhelmed with what I had heard that it compelled me to do my part in hopefully bringing about a change.”

Koppe said the production is different from others she has directed as she is often drawn towards comedy and musical theatre.

“There are some stories of grief that cut through and speak deeply to me, and on those rarer occasions, I direct a serious play,” Koppe said.

“Sadly, the mental health issues raised in the piece became more and more poignant as the pandemic spread across the world.

“The raw dialogue and descriptive storytelling all make for an incredibly intimate production.

“I have extended his (Jamison) story through the use of set, lighting, sound and video design, assembling a larger team than perhaps Peter originally expected.”

“Some poignant flashbacks are reflected with videography, and others are blurry across space, all hinting at his mental state while his beautifully descriptive writing remains the star of the show.”

The opening night of the show will be on June 4 and will run until June 12.