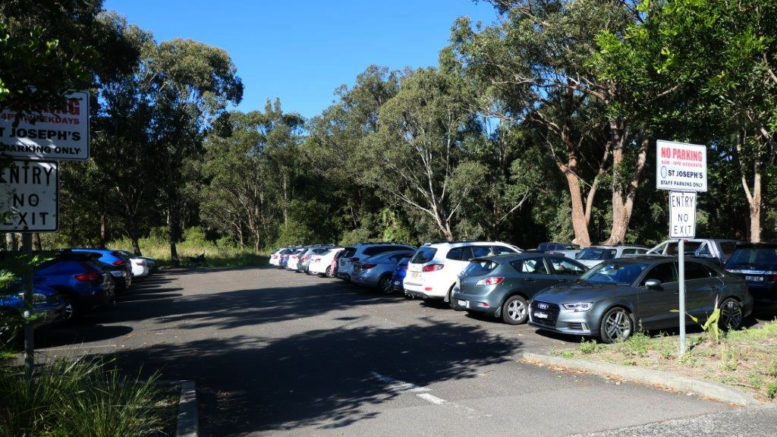 The site in Albert St proposed for sale

Sale of the sites could result in a parking nightmare for East Gosford, says Club President, Graeme Venn.

“(The site at) 9 Russell Drysdale St is Council’s training centre and recently had thousands of dollars spent on it fitting a spike metal fence and electric gate, yet is under-utilised,” Venn said.

“(The site at) 3 Albert St, now a carpark for staff and teachers at St Eddie’s and St Joseph’s colleges, was in fact originally (much to the surprise of most residents) a street running from York St right through to East Gosford Bay basically following the path of Friendship Walk.

“When John Lewis, a local historian, recently gave a lecture to Lions on East Gosford history, he was asked why it was never developed.

“He said there is no record he could find as to why but thought it may have been that Albert St was prone to flooding and too expensive to develop.

“Obviously the car park is less likely to flood so (it) was sealed and made (into) a car park.

“We presume that the colleges lease or rent the land seeing the titles show Council still owns both lots.

“The college carpark is always filled to capacity during school hours and often used by the public at other times as is permitted.

“Students now park their cars during school hours from York St to George and Webb Sts and now fill much of Russell Drysdale and Adelaide Sts, which is concerning for residents or visitors trying to access these houses.

“The proposal would result in the cure being worse than the disease.

“We urge Council to think seriously about this particular section of their proposal.”