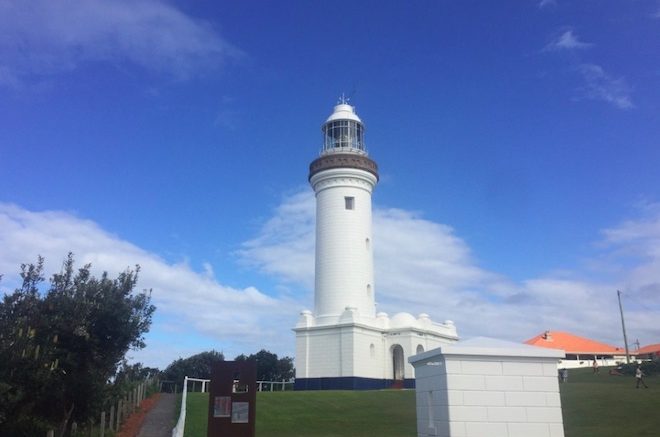 Norah Head Lighthouse Reserve has reopened to the public following completion of a range of maintenance work and improvements.

Chair of the Norah Head Lighthouse Reserve Land Manager Board, Neil Rose, said that it was prudent to temporarily close the 15ha reserve during work for public safety, but now everyone is welcome back to enjoy recreation at the iconic landmark.

The reserve roads have been upgraded, new pathways have been installed for better access and to prevent coastal erosion, a weed management program has been implemented and a new work shop is planned to be built in 2022.

This work was possible through a $200,000 grant from the NSW Government COVID-19 stimulus funding.

Now, the reserve will undergo a major electricity upgrade, thanks to another State Government grant of $459,000 from the Crown Land Manager Recovery Support Program.

When Parliamentary Secretary for Central Coast, Adam Crouch, announced the funding, he said that there had been a dedicated group of volunteers carefully preserving the reserve since it was built between 1901 and 1903.

“Other than an upgrade of its light from kerosene to electricity in 1961, the lighthouse has seen very few changes since being first built,” Crouch said.

“The lighthouse reserve attracts thousands of people every year and is one of our region’s most spectacular icons, perched on Norah Head and taking in spectacular ocean views.”

The single phase 240 volt electricity system that currently powers the reserve is no longer adequate to meet its current demands and future plans.

The reserve will be upgraded to a new three phase 415 volt electricity system which will include new poles, conductors, a substation and almost a kilometre of cable and associated infrastructure.

Secretary of the Norah Head Lighthouse Reserve, Doug Darlington, said that an improved electricity supply would allow the site to enhance its facilities.

“Upgrading to a three phase system will meet pumping demands on our public toilets and power air conditioning in the three lighthouse quarters, including visitor accommodation,” he said.

“It will also provide additional power to support future commercial enterprises including hopes to establish a permanent cafe, museum and shop at the reserve.

“This would provide a better visitor experience and also generate income that can be invested back into continued improvements to the reserve in the future.”

Chair of the Board, Neil Rose, welcomed the State Government funding for these major projects and acknowledged the assistance from Newcastle Crown Lands staff.

“Government grant funding is essential for improving public safety, conducting major building restoration works and controlling weeds within the reserve’s bushland, but that funding can only be spent on certain projects,” Rose said.

He also paid tribute to the volunteers who, over the years, had successfully endeavoured to maintain day-to-day operational costs by establishing income sources through lighthouse tours, accommodation bookings and weddings.

“Now that Covid restrictions have eased, we welcome everyone to visit, for the history, the great natural seaside recreational areas, but it’s also one of the best places to see the whales on their migration.

Norah Head Lighthouse could be at risk