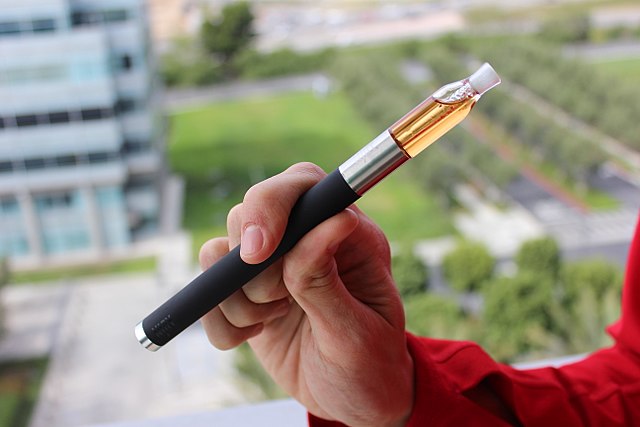 Central Coast Local Health District has launched a campaign to combat the growing problem of vaping amongst teenagers on the Central Coast.

Say No to Vaping aims to raise awareness of the health risks that young people are exposing themselves to by using electronic cigarettes.

The awareness drive coincides with World No Tobacco Day which was on May 31 and highlighted how e-cigarettes are not only addictive, but contain harmful chemicals and toxins that can cause some of the same serious health problems as smoking tobacco.

As part of the campaign, information and resources will be provided to local schools and community organisations who work with young people.

Data on teenage vaping in 2017 indicated that one of in five students aged 16 to 17 years old had used an e-cigarette, while nearly one in 10 students aged 12-15 had used one.

There are fears that this number is growing and Dr Lyndon Bauer, a local GP and health promotion officer at Central Coast Local Heath District, hopes the campaign will help debunk some of the myths around vaping.

“We know from engaging regularly with Central Coast high schools and community groups that vaping is a rapidly emerging issue for them.

“Part of this problem stems from a number of myths around e-cigarettes that they’re harmless and less addictive, this is simply not true.

“Many e-cigarettes produce or emit vapour containing chemicals and toxins such as formaldehyde and heavy metals that can cause serious lung damage and even cancer.

E-cigarettes are battery powered and can look like everyday items like pens, highlighters, asthma pumps, lipstick or USB memory sticks, as well as traditional cigarettes, cigars or pipes.

They have cartridges filled with a liquid that typically contains nicotine, flavourings and other chemicals.

This liquid is heated by the battery, producing a vapour that the users inhales, hence the term vaping.

“Because of their sweet flavours, e-cigarettes make it easy for teens to put large amounts of nicotine into their body without even realising it,” Bauer said.

“This is not good for a young person.

“Putting nicotine into your body also increases your risk of other types of addiction in later life.” Bauer said.

Retailers can be prosecuted after having products seized and can be fined up to $1,100 per offence.

It is also illegal to use e-cigarettes in places where it is illegal to smoke, such as outdoor plays areas, public swimming pools, public transport and outdoor dining areas.

Students warned of dangers of vaping