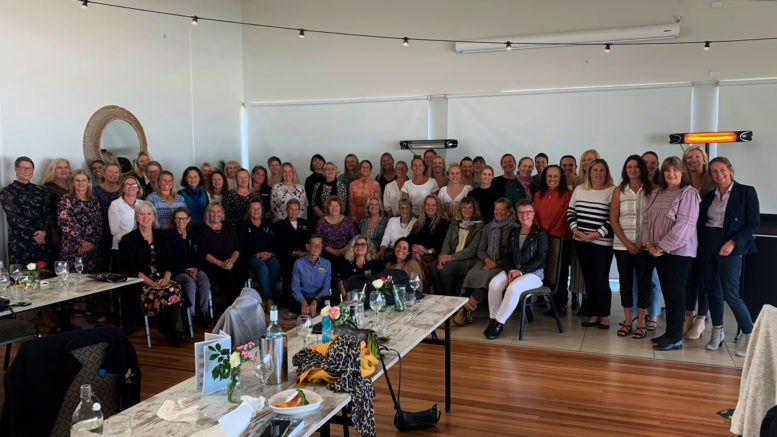 Surf Life Saving Central Coast (SLSCC) held its inaugural Women in Lifesaving luncheon at Soldiers Beach to celebrate 40 years since women were allowed to gain their Bronze Medallion and participate on patrol.

The event, held on Sunday, May 30, was attended by more than 70 women involved in lifesaving across the Coast, including some of the first official Bronze Medallion holders and some pioneers in the organisation.

Surf Life Saving has a long history of women’s involvement in the movement since its inception, with women as early as 1904 gaining their Bronze Medallion and proficiencies in water safety.

However, in 1930 women were banned from participating in gaining patrolling qualifications, with the risk being deemed too high and challenging for women’s physique.

During World War II, women took on patrolling duties whilst the men were away, but it wasn’t until 1980 that a motion was put forward by Surf Life Saving NSW to allow women to officially participate as lifesavers on patrol.

Since that time, women’s contribution to the development of Surf Life Saving has been instrumental to the success of the organisation.

Currently women make up 46 percent of all Surf Live Saving volunteers in NSW.

The luncheon was a reminder of how hard women had to fight to gain equal status and to celebrate the contribution of women in Surf Life Saving NSW.

“They brought common sense and a different kind of energy to the movement,” Lupica said.

Umina SLSC shine in final round of Junior Ironperson Series

18 lives saved in a mass rescue