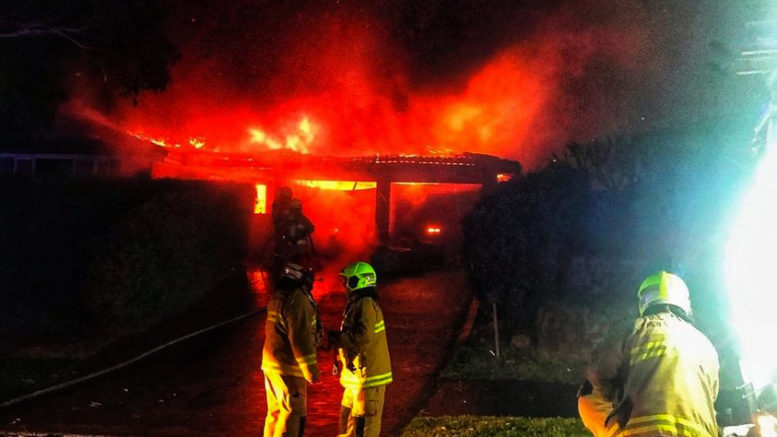 Just before midnight on Saturday, June 19, Fire and Rescue teams from Budgewoi, Doyalson and Hamlyn Terrace responded to an emergency call about a house fire in Colorado Dr, Blue Haven.

When they arrived, they found the house fully engulfed in fire and donned breathing apparatus to battle the blaze.

Fire crews worked for several hours to extinguish the fire.

The house had some structural damage when part of the roof collapsed because of the flames.

Two dogs were safely removed from the scene and reunited with the owner.

Tuggerah Lakes Police and ambulance paramedics were also at the scene.