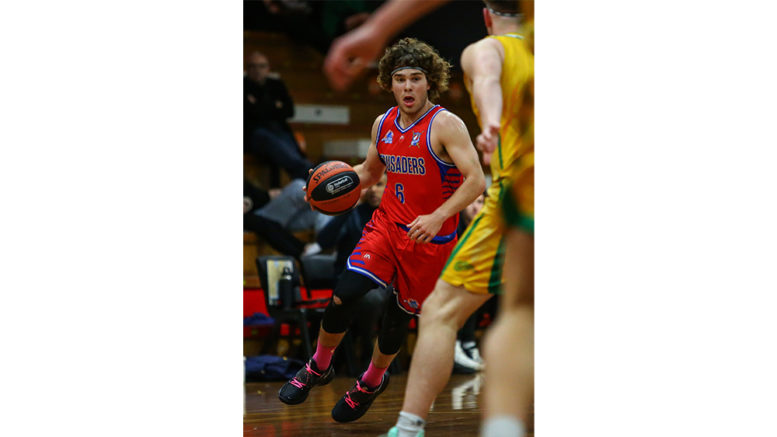 The Central Coast Crusaders have won five out of six matches over the weekend from Saturday – Sunday, June 19 & 20, with the Youth Men also winning Team of The Year at the Sport NSW Awards.

Covering all codes of sport in NSW, to win Team of the Year is a huge achievement and one that was attended by Basketball Australia CEO Carolyn Campbell.

The Youth Men, who currently sit atop the Waratah 1 League ladder with ten out of twelve wins, marked their award with a double win weekend, firstly 86 – 64 at home against the Sydney Comets and then 107 – 68 away against the Penrith Panthers.

The wins have brought the team to a nine game straight winning streak, which Head Coach Mikko von Lueders points as being due to his team’s depth and mental strength.

“We came into this game with some significant injuries,” Lueders said.

“We needed to dig deep and stay disciplined and that’s exactly what we did.”

The team’s attacking game was also a big asset in both games, with six players reaching double digits against the Comets and four against the Panthers.

The successful weekend continued to fuel hopes for the team winning back to back Waratah titles.

Meanwhile, the Youth Women team also had another successful weekend with two wins of their own.

Sara Matthews scored a total of 51 points throughout both games, cementing herself as the teams go to scorer.

Abbey Cracknell tied the teams shooting efforts together with some steady playmaking, which has become a staple for the team throughout the season, and Bronte Moore scored her season highest with 14 points against the Panthers.

These two results have brought their wins in a row tally to six and their total to nine, keeping the girls atop the ladder with Manly nipping at their heels.

In the Saturday match against the Comets, the team was on track for a win, leading the game by a relatively comfortable margin until late in the third quarter.

Tye McGann showed off both his size and veteran skills, scoring 10 of the Crusaders first 12 points and finished with 26, but in the end the team ran out of steam.

The frustration lit a fire under them and they came out swinging the next night in Penrith.

Taking a commanding lead and running with it, James Trustum paved the way with his 28 points, followed by Tom Akamarmoi’s 20 and Jacob Cracknell’s 16 with 7 assists and 7 rebounds.

Hopes for the Men reaching the post season basketball are still alive, but they have got their work cut out for them as the season reaches its halfway mark.