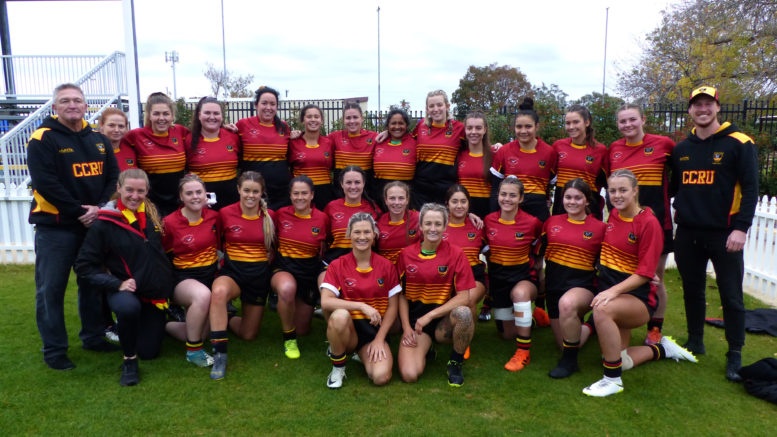 Three teams have been finalised to represent the Central Coast region at the 2021 NSW Country Championships, to be held in Tamworth throughout the June long weekend.

A Seniors’, Women’s and Under 19 Colts’ team, each in the 15-a-side game format, will all travel north to compete against opposition from all around the New South Wales country regions.

Across the three local teams, the majority of players have come from the Ourimbah Razorbacks and Terrigal Trojans, but there are also many players from Warnervale and The Lakes.

The Opens First XV will face off in the Caldwell Cup, the top division of two, against Central West, Illawarra, Hunter-Newcastle and Far North Coast, seeking to come away with their first trophy after being promoted into the conference several years ago.

Head Coach, Craig McWilliam, believes that preparation and mindset are most important in achieving this.

“Ultimately the group wants to win the Country Champs, and we have all worked really hard for the last 6-8 weeks to come together as a group,” he said.

“We certainly have talent, we just need to apply ourselves, manage ourselves and give ourselves the best opportunity.”

Although there is only one pool for the Women and Colts, each are set with their own challenges to overcome in the hopes of finishing with the championship win and to secure players into the NSW Country squad.

For the women, perhaps the greatest trial will be playing within the 15-a-side game format, a step up in technicality from the 10-a-side format of the Women’s conference with Central Coast Rugby Union.

In the eyes of Head Coach, Michael Burgess, his team will have to adapt to both having less open space on the field and playing in 30 minute halves instead of their usual 20.

“It won’t be as open as they are used to, it’ll be tighter and they’ll need to play a much more patient game, but we’re excited with the squad we’ve got and we’re confident in doing well up there,” Burgess said.

“We’ve put a fair bit of work in to set piece, obviously scrums will be a lot tougher than we’re used to.

“We’re taking away six players who can play in the front row and we’ve done a lot of work in the technical aspects of the set piece, in our scrums and lineouts.

“We’re concentrating on doing the basics, making sure our scrum is solid to win our own ball and not get pushed around, and trying to get some quality ball for our backs.

“We’ve got some pace out wide, some very good centres and exciting fullbacks, so we’re hoping to make sure we’re doing all those things right and building from there.”

The full sized rugby is a chance for many of the top quality players to get good experience beyond the 10-a-side format, which Burgess sees as an opportunity to grow both the quality and quantity of Central Coast women players.

“We’re trying to raise the awareness of the comp and attract more players to the game.

“A lot of people focus on the sevens, whereas I think there are more opportunities in the 15’s, through the Super W competition, and into the Wallaroos.

“At the local stage, I’d like to see every club with a women’s team, and then once we do that the next step is likely 12 a side.

“This is because we don’t want to expand the competition at the expense of another club, so once those clubs get established and have a good base and are attracting new players then I think we’ll move to 12’s, then 15.

“I’m hoping this will be in the next 12 months, but we have to make sure we keep the current players in the game and attract the girls coming through the junior competition.”

For the Colts side, this year’s competition presents an opportunity to do one better than their second place finish in the previous championships in 2019.

In fact, Head Coach, Nick Meyers, has seen his team finish second five times in the past six years, and is now looking to take out the top position.

“I’ve done this job for a few years and we’ve had various types of sides,” Meyers said.

“We’re probably a bit more forward dominated this year in comparison to 2019 when we were more back dominated, so I have to adjust our game plan to suit.

“This year, we’re looking to build off our forward base to set the platform for our backs to execute.

“This is the first year the players go from Juniors representative footy to seniors, so they’re starting to get a bit more independence and willingness to look beyond their own personal ability and play for the benefit of the team.

“When we’ve been successful in the past it’s usually because the players have put aside their own personal focuses on selection into Country rugby and understood that the best team on the park is likely to have more players selected for the next level team.”

Yet with this in mind, Coach Meyers still has a focus on maintaining a Central Coast rugby culture.

“We want to ensure that we’re creating a community in Tamworth between the seniors, women and colts.

“We had a good turn out with a supportive nature in 2019, if we can extend on that we can make Central Coast rugby a bit more of a strike power.”

It is an action packed games draw scheduled in Tamworth, but by the end of Sunday, only three winning teams will be announced amongst the three divisions.